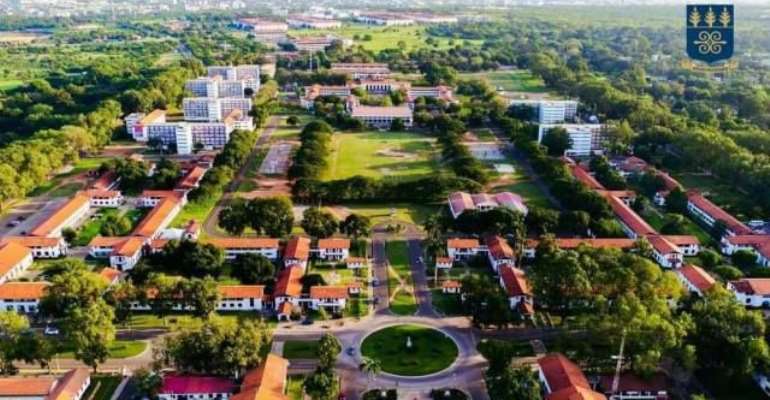 University of Ghana (UG) is the nation’s premier University and can boast of producing a host of individuals and prominent personalities in the country.

The University of Ghana is the oldest and largest of the thirteen public universities with an estimated student population of 39,249.

Among other things, the University of Ghana is noted for its impressive architecture that stands out among many other universities in the world.

Its greenery coupled with some buildings such as the university’s great hall and registry which sits on a hill is really a pleasant site for some Ghanaians and tourists alike.

An interesting video of the University of Ghana dating back to February 11, 1974, has set social media talking.

The video according to the Ghana Museum Twitter account was about some student demonstrations that occurred at the time.

The video shows the various buildings in the University of Ghana looking almost the same after about four decades.

The Ghana Museum Twitter account posted the video with the caption “Footage of the Military Government led by Gen. Acheampong as they closed down the country's three universities on Feb 11, 1974 after what was described as “unruly demonstrations” by students. The demonstrations were sparked off after a student was brutalized by the military.”