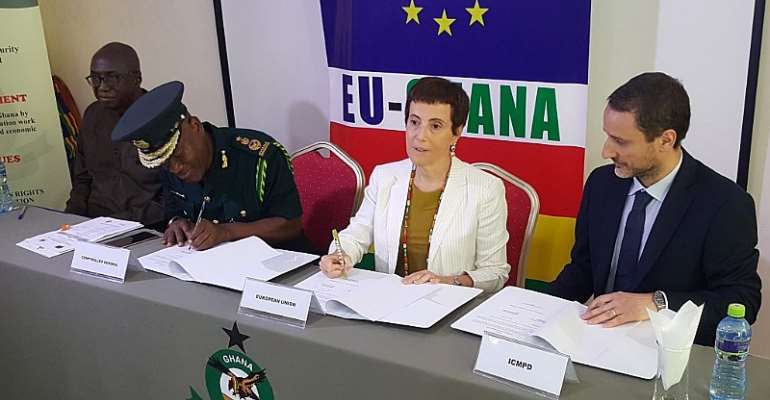 A four year project aimed at improving border management and security in Ghana by reducing irregular migration, human trafficking and smuggling of goods and other cross border crimes has been launched in Accra.

The project dubbed, “Strengthening Border Security in Ghana” would also ensure greater security for citizens and visitors while guaranteeing the respect for rule of law and human rights standards by border management authorities.

Ambrose Dery the Minister of Interior who launched the project at the Ghana Immigration Service (GIS) Headquarters said the “Strengthening Border Security in Ghana Project” was coming at a very strategic time as the GIS strategic plan was in its initial phase of execution and required a boost for successful implementation. 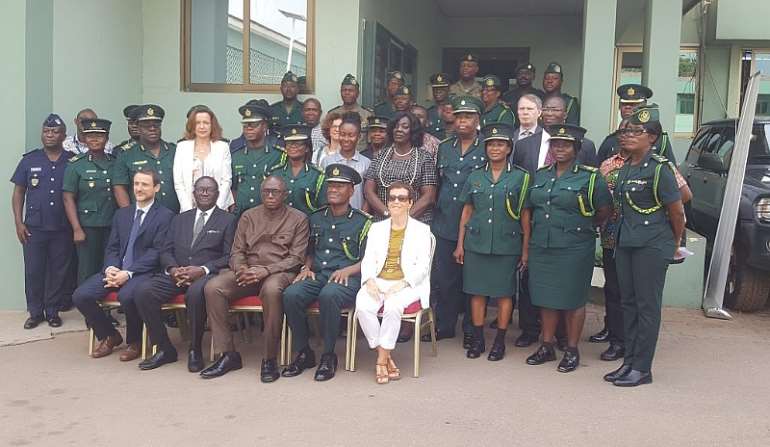 This initiative, he claimed, was part of an overall support of the Government of Ghana's migration policy.

“Government will on its part continue to demonstrate its commitment by providing resources to help relevant actors in migration management to achieve their strategic objective,” the minister said.

Adding, he noted that this commitment was in consonance with the overarching aim to secure and protect the rights of the citizenry as in the Better Ghana Agenda.

Mr Dery acknowledged that the GIS over the years collaborated with the European Union (EU) to implement very strategic projects, all directed at effective management of migration in Ghana.

The Comptroller General of Immigration, Kwame Asuah Takyi in an address, said the launch marked another milestone in the relationship between the GIS and the EU, in the drive towards the fight against irregular migration.

“It is envisaged that the territorial integrity of the country will be more enhanced through training and adaptation of effective border patrol techniques and through the vigilance and professionalism of our officers and men with the collaboration of their security agencies,” he said.

He expressed his gratitude to the project sponsors (EU) for being reliable allies and for the continuous and immense support to the attainment of effective migration management in Ghana.

EU Ambassador, Diana Acconcia, in a remark said the EU and Ghana had a long standing and strong partnership in migration and security.

Marco Bordignon, Project Manager of International Centre for Migration Policy Development (ICMPD) added that strengthening border security in Ghana would contribute to the implementation of the GIS strategic plan and was in continuity with a technical support started in 2015.