Our Mores Under Siege 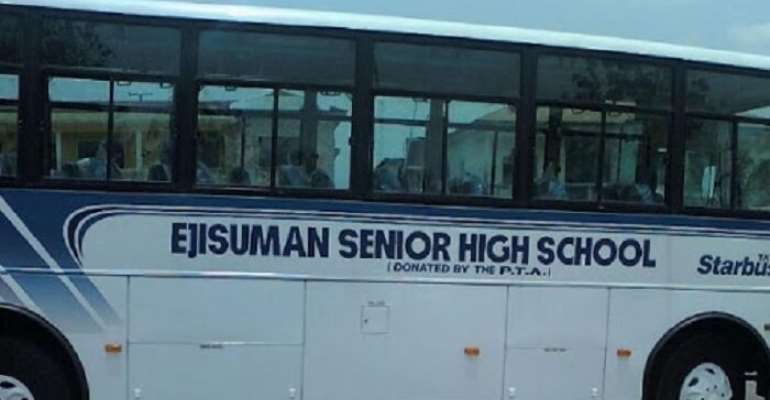 Our enviable mores which stand us apart from others around the world are on the precipice.

Invading cultures and practices appear to be taking hold of our children and to some extent ourselves, the outcome of which is a plethora of unusual occurrences.

A couple of days ago, the Ejisuman Senior High School was in the news not because the students had scored 100% in their school certificate examinations. They have gained infamy because of actions committed by some female students which no parent would want their children to be associated with.

It is instructive to note that the same school was in the news a few years ago when some female students accused a teacher of making sexual advancements to them.

Today, the school has made it again to the black book of negative occurrences and the subject has expectedly caught the attention of social commentators.

The uploading of unprintable stuff bordering on sex on social media by female students cannot be something society should gloss over.

It is now clear why school authorities do not allow students to keep mobile phones especially in the boarding houses. When female students engage in such immoral activities as the one under review, the ban is amply justified.

The sanctions slapped on the female students for putting on social media, the inappropriate material is in order.

While some persons are in favour of their dismissal from the school's boarding school, others say the action is too harsh describing it as an affront on their rights. The latter could not have been far from the reality.

No parent would want their daughters to be in the company of girls who exhibit this trait of waywardness as the de-boarded girls have done.

The authorities cannot fold their arms as the lives of other students in the school are threatened by the moral contagion of bad girls.

We think that the action is just appropriate since after all they were not dismissed but only de-boarded. In some jurisdictions, they could have been dismissed from the school which for us would have been too harsh an action.

Social commentators who go on air to discuss such matters should be mindful about the implications of what they say. While we must respect the rights of every human being ‒ our children inclusive ‒ we must be quick to add that absolute freedom does not inure to the proper moulding of especially female children.

Parents who buy sophisticated mobile phones for their daughters when these gadgets are outlawed in boarding houses, it behoves such fathers and mothers to ensure that the regulations of schools are not breached.

Social media and mobile phones have come with as many positives as negatives technological developments which call for a new approach to the management of our homes.

Our mores are under threat and until we gird our loins to stop bad girls from having their obscene ways, they would do unthinkable things under our noses.

Child rights activists should take note and conduct themselves accordingly because rights come with responsibilities.