“Prez Kufuor Did Not Visit Amoateng” 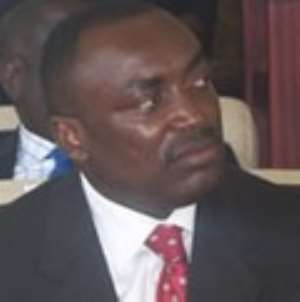 'Get Serious As A Nation'
The Press Secretary to the President, Kwabena Agyapong announced on Thursday that President Kufuor did not visit the Nkoranza Member of Parliament (MP), Eric Amoateng, standing trial on drug charges in a US Court, when he visited America.


He explained that, President Kufuor on the invitation of the President of the US, George Walker Bush, visited the White House in Washington, while Amoateng was being detained in New York, a different state, far from Washington.

He said the historic visit, signified a new level of Ghana- US relations. “It is important we get serious as a nation, I believe that anybody who knows the geography of America would know that New York, and Washington are far apart, and the President never went outside Washington”, he said.
D. Guide