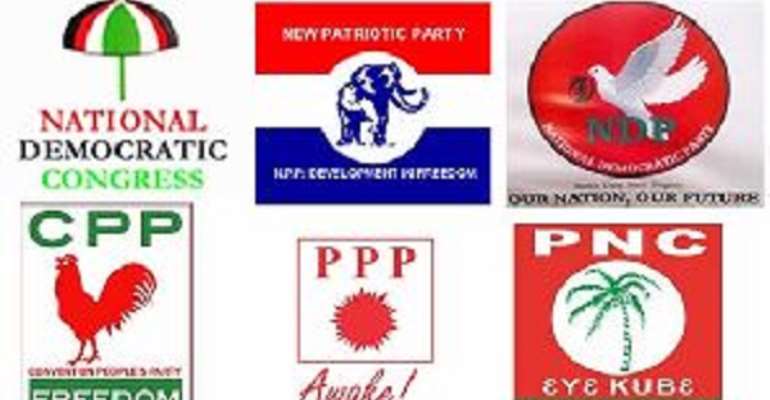 I must begin this piece with an apology to all my cherished readers for not being able to write in a while especially, those who have asked me when my next write-up is due. In view of that, I have decided to dedicate this article to you all. For the record, it has been two years since I started writing and I couldn’t have made it without your continuous support and encouragement. I promise to reach a higher level especially this year being an election year. For the past few months, a lot of issues have transpired in the country, some pleasant, and others distasteful and for some reason, I chose to be mute. Now back to the main issue of discussion as I have decided to write on an issue which is paramount to every Ghanaian because it has become part of our tradition of electing people to fulfill national responsibilities. I have therefore chosen to write about 2020, being a political year and the implication, it may have on the ordinary Ghanaian.

Ghana has gone through three republics and is currently under its fourth republic which seems to have gained some roots looking at the years we have had. Comparing our democracy with other African countries who adhere to the principles of democracy, Ghana seems to be performing better. At least we have gone through three transitions from one political party to the other without any turmoil. As a country too, we have also been hit by coup d’états which one way or the other have brought about the retrogression of the country. In 1992, the dawn of democratic liberation came as we ushered in the 1992 constitution and returned to another constitutional regime. Since then, we have had seven general elections to elect presidents and members of parliament who have run the affairs of the country.

His Excellency (H.E) Jerry John Rawlings won both the 1992 and 1996 election beating Prof. Adu Boahene and H.E John Kufuor respectively. The year 2000 and 2004 saw H.E John Agyekum Kufuor beat H.E the late John Evans Atta Mills. The latter then beat Nana Akufo-Addo in the 2008 election after a third round. H. E John Mahama won the 2012 election but the New Patriotic Party (NPP) contested the election results in court. In August 2013, the supreme court declared John Mahama as the winner of the election as the Electoral Commissioner Dr. Kwadwo Afare Gyan had done in December 2012. In 2016, Nana Akufo-Addo unseated John Mahama and became the fifth president under the fourth republic.

You can see from the previous paragraph that; each party serves their two terms in office before they are booted out by the opposition. Only H.E the late John Mills and H. E John Mahama could not serve two terms, as Mills died in the run up to the 2012 election and surprisingly, John Mahama also lost to Akufo-Addo in the 2016 general election.

What makes the 2020 election different from the previous ones? There are so many factors, but I will choose to discuss one. The National Democratic Congress (NDC) is presenting John Mahama, a former president as their presidential candidate and I am very sure the NPP will also endorse Akufo-Addo come this April 2020 as I have heard them sing this song” Four more for Nana, four more to do more ”. If this happens, it will mean that this will be the 3rd time that these two big wings will be meeting in the boxing ring, each having won one election. Their 3rd meeting will be like ‘a penalty shootout.’ and this penalty shootout will be played on 7th December 2020.

Those who have witnessed elections under the fourth republic can attest that in every election year, the atmosphere changes because politicians suddenly change ‘the chorus of their music.’ They swiftly become apostles of good music. They abruptly become the humblest people, as they show their pretentious nature. While the government tries to taut the achievement of its regime, the opposition on the other hand, tries to paint the government ‘black’ so to look good in the eyes of electorates. And this year is of no different as we have already seen the political jabs and accusation and counter accusations from both the government and the opposition.

On the part of parliamentarians, Members of Parliament who have not facilitated any developmental projects will be forced to do things beyond their abilities. In this period, don’t be surprised to see MPs under naming ceremonies and events which on the ordinary day they wouldn’t have participated. On the part of the government too, they will pump a lot of money into the system all in the name of winning the election. The erection of electronic billboards and large billboards with the painting of party paraphernalia all over the country will be rampant.

One thing which has been repeated over the years is that, incumbent governments try to make some ‘419’ projects just to entice electorates. For instance, in the run up to the 2016 election, the Mahama government constructed some “9 day wonder” roads which did not even last beyond six months, a classical example is the Koforidua road but this is not exclusive to the Mahama administration but to all past and present governments . I have heard the current government making a pronouncement that, 2020 is a year of roads, well, I am not surprised because they want to win their second term and would want to do everything which will make them clinch onto power.

One thing I have observed over the years particularly in the 2016 election is that, Ghanaian voters have become sophisticated and can discern between truth and lie. “They cannot deceive us with number 6 to be number 9”. Electorates now have the ‘spirit of political discernment.’ We would have developed if our politicians have been transparent and honest with us.

In addition, the country turns to be heated up as you will see and hear some confrontations. This is normal for democracy, but we need to be careful that this tension does not lead to any form of violence. We have crossed this border before at least seven times and let’s cross this one successfully.

It is our responsibility as citizens to safeguard our country from any greedy politician whose aim is to amass wealth and impoverish the country. All stakeholders and civil society organizations should make sure they ‘play their role’ in the upcoming election. The media should also be responsible in their reportage and circumspect in their analyses. Government should be prudent with its spending, so the country does not fall into financial crises after the elections. Normally, the aftermath of election is what matters most; as to whether the opposition will accept defeat or not, or whether the government will also accept defeat or not. We do not want what happened in Gambia 2016 to happen in Ghana. “Play your part and let me play my part” so we can have a peaceful election and a harmonious atmosphere. We have one Ghana!