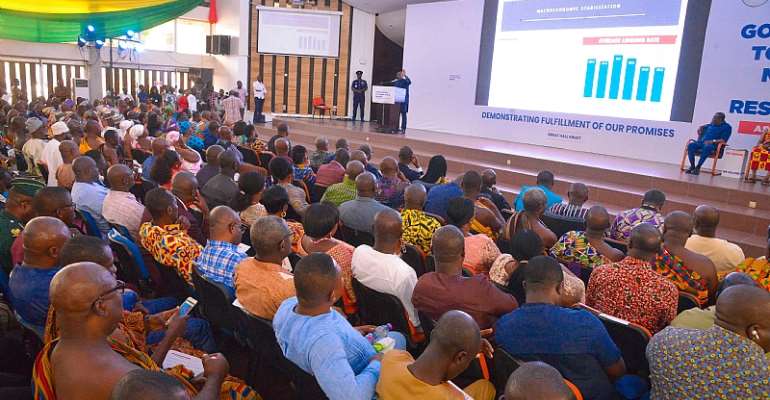 The management of the Ghanaian cedi over the past three years has been one of the best in Ghana’s recent history, the Vice President of the Republic, Dr. Mahamudu Bawumia has indicated.

The Vice President’s statement, backed by data from the Bank of Ghana, comes in the wake of claims by the opposition NDC that the Akufo-Addo administration had failed to manage the cedi.

Dr. Bawumia, who was addressing the two-day Government Townhall and Results Fair, being held at the Great Hall, Kwame Nkrumah University of Science and Technology, dismissed suggestions that the NDC were better managers of the economy, particularly the currency.

“Under the NDC our currency was depreciating at the speed of Usain Bolt! Under the NPP we have arrested the rapid depreciation of the cedi. But why does the NDC, in the face of such incontrovertible evidence, keep insisting they can do a better job of managing the cedi? Ladies and Gentlemen, it is like you take an exam with somebody and he scores 40% and you score 80% and he is trying to convince people that he knows the subject better than you.

Throwing more light on the performance of the cedi in recent years, Vice President Bawumia continued:

“Thankfully this year, the cedi is performing quite well and is currently the best performing currency in the world against the US dollar (with an appreciation of 3.4% in January) thanks to the excellent management of the Bank of Ghana.”