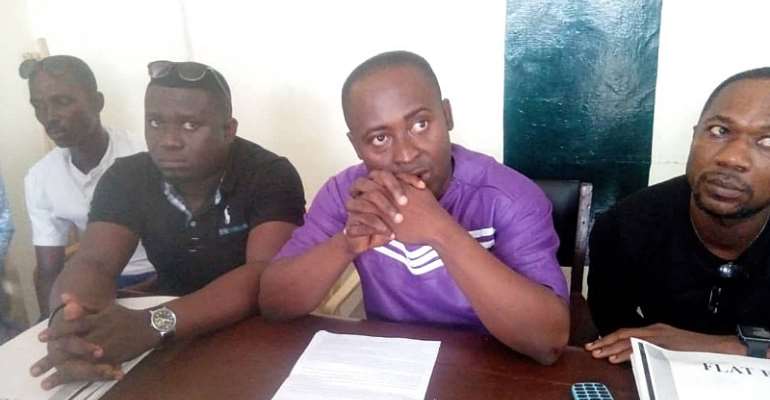 The opposition National Democratic Congress (NDC) in Ajumako Enyan Essiam has called on the New Patriotic Party (NPP) parliamentary aspirant for the area, Rasheed Etuaful, to answer for allegations made against him in the missing excavators saga.

According to the Ajumako Enyan Essiam NDC, there was a purported memo on some social media platforms which suggested that the NPP parliamentary candidate requested for the National Executive Committee to refrain from probing the first Vice-Chairman of the NPP in the region, Ekow Horace Ewusi.

“There was a purported memo on some social media platform which was written by the NPP parliamentary candidate calling on the National Executive Committee to refrain from prosecuting Ekow Horace Ewusi and in a rebuttal, to the story, Rasheed Etuafo rather attributed the memo to the NDC in Ajumako,” the Constituency Communication Officer for the NDC in Ajumako, Galahad Alex Andoh, said to Citi News.

“The scandalous act of missing excavators, missing pieces of gold and the whereabouts of the pickups seized from the small scale miners have been a serious concern to all citizens of Ghana and so a circulated memo purporting that the NPP parliamentary candidate of Ajumako Enyan Essiam is a beneficiary of such proceeds raises major concern,” he stated.

The NDC also wants the NPP parliamentary candidate to react to the allegation that 29 cars were given to him by Ekow Ewusi meant to be distributed to taxi drivers.

It also called on the Police to investigate the content of the memo.

It's not good at all — GMA expresses concerns over rising CO...
18 minutes ago