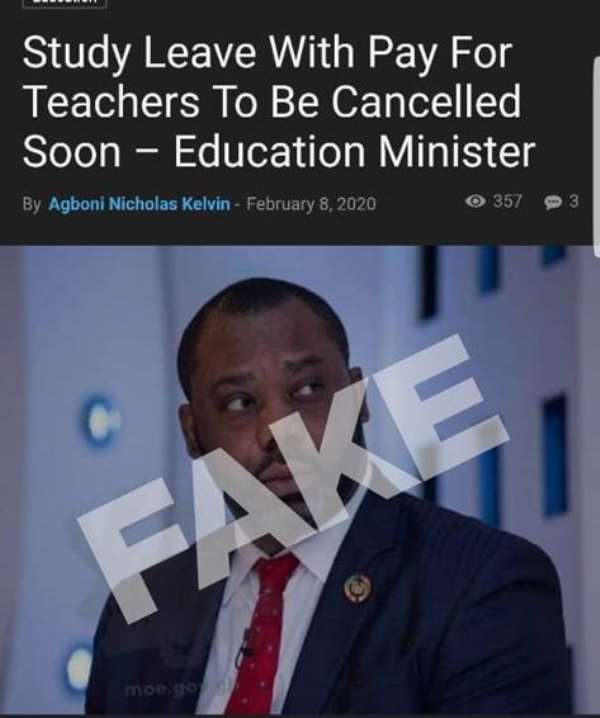 The Minister of Education, Dr. Matthew Opoku Prempeh is gradually becoming the number one victim of fake news as moves to slur him thickens.

The latest of such scheming is a news item circulating by 'CoverGhana.com that Study Leave with pay for teachers to be cancelled soon and attributed to the minister.

The Education Minister has on no occasion made such statement as being peddled on some suspected fake news portal established purposely to denigrate the minister.

A highly placed source at the Ministry of Education, said that there are no such plans but rather better plans for teachers who will be on Study Leave.

The source said that it was an avowed agenda of the ministry under the watch of Dr. Prempeh to offer teachers the best.

This, the source said could be verified as teachers are now being catered and cared for than never before.

"It is simply unthinkable for anyone to suggest that Study Leave with pay with be cancelled soon," the source said.

The source said: "The story is nothing but one of the numerous dirty machinations against the hardworking minister and must be treated with the contempt it deserves."