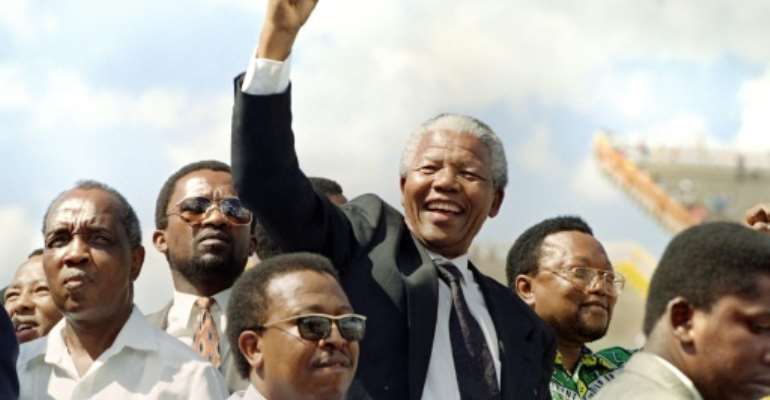 South African President Cyril Ramaphosa on Tuesday marked the 30th anniversary of Nelson Mandela's release from jail with an address from the spot where the anti-apartheid icon made his first speech after walking out of prison.

"It will forever be remembered as one of the most memorable days in the history of the world," Ramaphosa said, speaking from the City Hall balcony in Cape Town, in front of a giant statue of Mandela.

On February 11, 1990, Mandela had spoken from here to euphoric crowds, hours after his release after 27 years in prison.

It was Mandela's first major speech as a free man and a key moment in South Africa's rebirth as white-minority rule crumbled.

"It was indeed an exhilarating moment," Ramaphosa told thousands of people who had gathered at the venue.

"The day Mandela was released was a day we all knew that apartheid was dead and finished. It was a moment where the world literally stood still.

"He stood here to speak and I held the microphone as he spoke for the very first time," said Ramaphosa.

"Nothing could describe that brief second when that microphone crackled," he added.

Mandela was sentenced to jail for life in 1964 for alleged sabotage.

He served 27 years, with stays on the notorious Robben Island off Cape Town, then in the Pollsmoor and Victor Verster prisons.

His release came days after the country's last apartheid leader F.W. de Klerk lifted the ban on the African National Congress and other liberation movements.

After 27 years, six months and six days in captivity, Mandela, then 71, walked free from his prison in Paarl where hundreds of ANC supporters had gathered to greet him, waving the party's black, green and gold flag.