Even In Opposition, I Alerted That 8 Banks Were Likely To Collapse – Bawumia 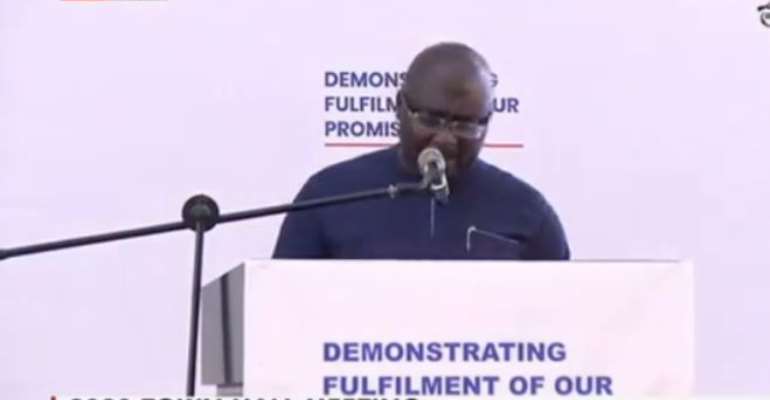 Vice President Dr Mahamudu Bawumia says it is baffling the opposition National Democratic Congress' (NDC) is suddenly interest in the well-being of indigenous firms despite its track record.

This, according to him, is because the party during its tenure in power had knowledge of the struggles of some financial institutions but decided to sweep the problem under the carpet and worsen the situation by providing liquidity support to these failing banks when it ought to have known it wasn't sustainable.

“The government was aware of the problem and they have been aware of this problem for over five years. Since 2015 they knew but had no courage to deal with the canker in the banking sector.

“Even in opposition, I alerted the country that on the faces of the available data, 8 banks were likely to collapse. But they did nothing, they refused to act,” Dr Bawumia said at the Town Hall meeting in Kumasi.

The Bank of Ghana (BoG) in 2017 embarked on a comprehensive reform agenda to strengthen the regulatory and supervisory framework for a more resilient banking sector.

While some banks had their licenses revoked, others were merged for their inability to raise the new ¢400 million minimum capital requirement as of December 31, 2018.

For other banks, the central bank revealed their closure was because they acquired their licences fraudulently and through the use of non-existent capital.

The situation led to a heated debate between the NDC and the governing New Patriotic Party over how the crisis was handled.

But Vice President Bawumia maintains the cleanup by the BoG was the best move for the country.

According to him, over 4.6 million depositors would have lost their money and ten thousand jobs would have been lost if the decision was not taken by BoG with support from his government.

Reiterating an earlier promise by President Akufo-Addo in his 2019 Christmas message to Ghanaians, the Veep assured of 100% payment of all deposits by customers of the various affected banks.

It's not good at all — GMA expresses concerns over rising CO...
3 minutes ago