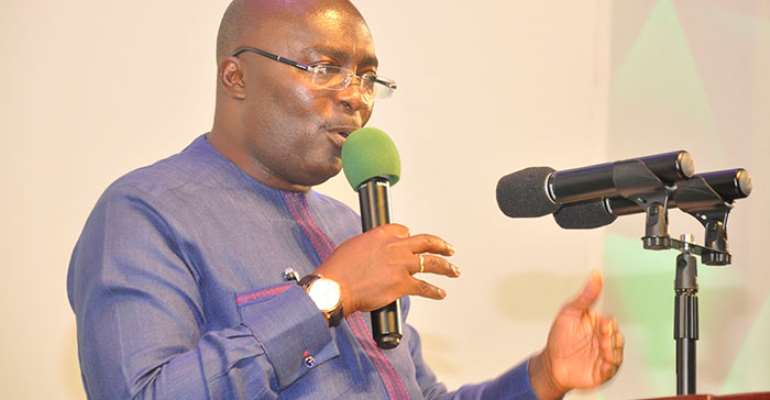 According to him, his government has rescued the situation which could have collapsed the country's economy.

Adding that, “Under the NDC, our currency was depreciating at the speed of Usain Bolt! Under the NPP we have arrested the rapid depreciation of the cedi,”

“But why does the NDC, in the face of such incontrovertible evidence, keep insisting they can do a better job of managing the cedi?”

“Ladies and Gentlemen, it is like you take an exam with somebody and he scores 40% and you score 80% and he is trying to convince people that he knows the subject better than you.“

Speaking at the Government Town Hall Meeting in Kumasi today on the achievements of the Nana Akufo-Addo government in three years, Dr Bawumia explained that Data from the Central Bank, shows that the NPP has managed an annual depreciation rate of 8.7% – the best by any government in their first term, while the most recent NDC government under John Dramani Mahama, registered an annual depreciation rate of 18%, more than twice what the NPP has managed, which means the rate of depreciation of the Cedi under the NDC between 2013 and 2016 was more than twice under the NPP.