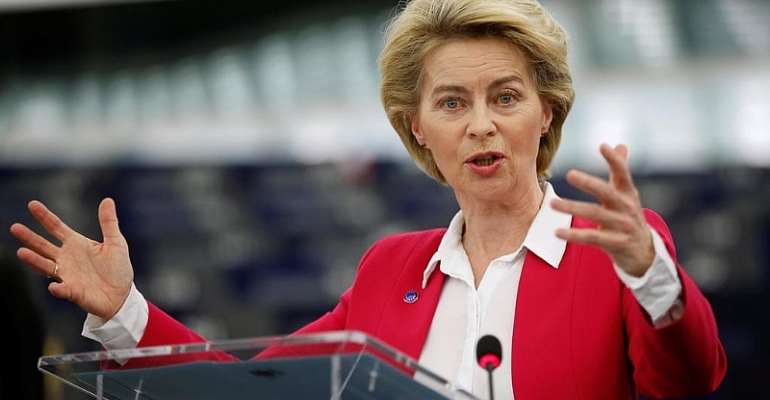 During an adress to the European Parliament in Strasbourg today, Von der Leyen said she was surprised that Johnson had even raised the possibility of negotiating an Australia-style free trade deal, including quotas and tariffs with the EU, if he can't reach a comprehensive agreement.

Criticising Johnson's proposal she said that “Australia is a strong and like-minded partner, but the European Union does not have a trade agreement with Australia,'' adding “we are currently trading on World Trade Organization terms.

“If this is the British choice, we are fine with that. We can decide to settle for less, but I personally believe we should be more ambitious."

Post-Brexit trade and security must be hammered out

Britain left the EU on 31 January - the first nation ever to do so - but it is continuing to follow EU regulations at least until the end of 2020. During this transition period, the British government and EU leaders will attempt to negotiate a free trade deal and agreements covering other areas like security cooperation.

Britain wants the trade agreement to cover goods and services and exclude almost all tariffs. However, Johnson has been adamant that the U.K. won't keep following all of the EU's regulations.

To strike deals with other countries, Johnson wants the flexibility to subscribe to varying standards for areas such as competition, state aid or even the environment.

Von der Leyen insists the 27-nation EU is offering Britain “something we have never offered before to anybody else" on the condition that the UK guarantees fair competition and protection for workers and the environment.

The case Scottish independence returns
On Monday, the leader of Scotland's government warned that Britain would pay a “heavy cost" if it abandons EU rules and standards. Scottish First Minister Nicola Sturgeon also reiterated her desire for a referendum to win Scotland's independence from the U.K. and the possibility to join the EU as a member country.

“As the EU continually makes clear, the more we diverge from EU standards, the less access we will have to the single market," she said. “The right to diverge will come at a cost, a very heavy cost."