Our Society! A Haven For Criminals? 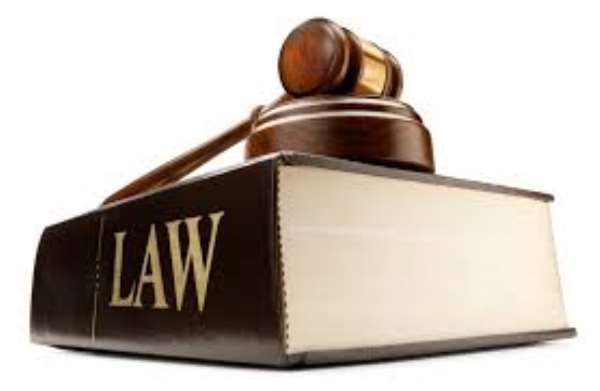 Gone are the days when criminals operated under the glare of their victims. The crime was an act people were scared to commit because of the norms which once bounded society. The perpetrators of the crime were sanctioned and dealt with accordingly.

In my society where I grew up, criminals were served with death sentences if found culpable of their offenses. As such, most people were afraid to violate the rules of society for they knew what awaited them. In effect, peace and decorum once prevailed and everyone went about their daily activities freely without fear, panic, and anxiety.

The society we live in today presents a different story altogether. Where are all the norms, values, ethics and morals which were instilled in us as we grew up? It’s as if nobody really cares for the other even though we are so religious to the extent that more than half of the entire populace of Ghana are Christians.

I presuppose that the fear and love for God and humanity is being instilled in our various places of worship. Well, not much can be blamed on our spirituality as it is one thing to hear the word and another to really believe and put it to practice.

Contrary to the peaceful and harmonious living which once existed, our society of today is marked with fear, panic, and anxiety as natives do not feel free to go about their daily activities especially during some times of the day. The state of unrest and tension is fuelled by the unceasing number of miscreants who violate rules and regulations with impunity.

The most interesting part is that most of these deviants live amongst us in our societies. Therefore some of the deviants could be our close relatives ranging from brothers, sisters, to husbands, etc. The fact still remains that most of us live and even dine with these criminals with the foreknowledge of their dastardly acts, yet we fail to expose them to the relevant law enforcement agencies for the necessary actions to be taken against them.

The upsurge of crime is on an ever-increasing rate. In our society of today, people are no longer afraid to commit a crime, as they perpetrate such offenses even in broad daylight under the watch of several others. The most recent cases of crime reported include; the killing of Elijah: a VRA staff from the north who travelled to Kumasi, the killing of two women at Abrepo in Kumasi, the stabbing to death of a policewoman in Kotei a suburb of Kumasi and the killing of Ruth Ama Eshun; a 37-year-old nurse to mention but a few. It’s very disheartening each time news of such carnage breaks out. Is the society we live in today really very safe for our existence? The destinies of abled young men and women are brought to a halt just by the action of some few deviants in our society.

I remember some few weeks ago a final year student of the University of Education, Kumasi campus to be precise was robbed off the proceeds he made from his mobile money business and murdered gruesomely by unknown assailants in his home town Bole. Several other stories have been reported of people being robbed at gun point and their valuables taken away by their predators.

The issue of society and the proliferating rate of crime will continue to exist if stringent measures are not kept in place. It’s as if the original kind heart and humane meekness God almighty planted in us is being taken away and instead, a hard heart as strong as diamond is planted in these social deviants to warrant them to harass and go as far as terminating the lives of their victims.

Combating crime should not be the responsibility of law enforcement agencies alone. Instead, it should be a collective effort by everyone. The cooperation and loyalty of citizens are key as they can assist the police by exposing criminals living amongst them in society.

Also, the need to be security conscious comes to play. The law enforcers are limited in number and so they can’t adequately follow us everywhere we go. Walking in well-lit streets and the avoidance of being in lonely places be it in the night or day could be of great help.

Safety is all we pray for. Let us, therefore, join hands in eradicating crime in our societies and ensure justice and fairness for all.