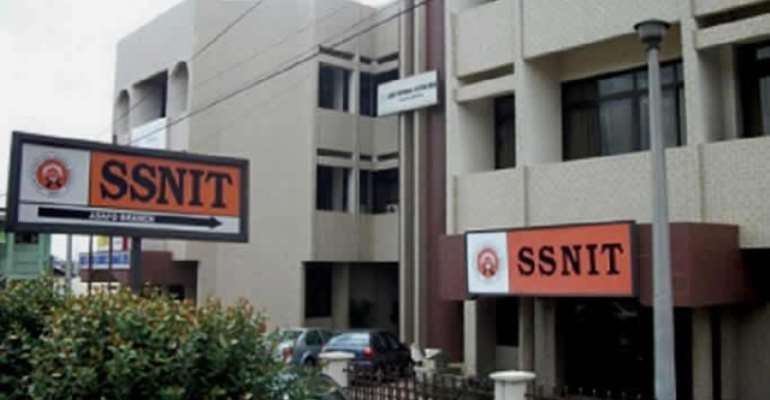 The Financial Planner of Axis Pension Trust, Ms Mimi Anane-Appiah, said out of the over 12 million Ghanaians in the labour force, only 12.5% of them contribute to the Social Security and National Insurance Trust (SSNIT).

She also indicated that these 12 million workers, only about 13.92 per cent contribute to private pension.

She said the lump sum was, however, a very important part of one’s retirement benefit.

Sharing some statistics on how much Ghanaian retirees are receiving monthly as pension, she said “last year, we had 78 per cent of retired people taking home GH¢1000 or less.”

She said only about one per cent of Ghanaian pensioners earn between GH¢5000 or more.

“A lot more men work in the private sector or formal sector so they tend to rely on what their employers do for them but a lot of women are in the informal sector and generally in that sector, they don’t really plan for their retirement.

“So I will go with the men not because they are deliberately making any effort but because they tend to be the ones who work more in the formal sector,” she stated.

Also speaking on the show, the president of the Chartered Institute of Bankers, Ghana, Mrs Patricia Sappor, said she, however, believed women tend to be more prepared than men.

“Women are more financially prepared for retirement than men because women are more conscious of the future, they want to be very comfortable so they prepare for it,” she said.

When to start preparing

Commenting on how early one must start having a conversation about retirement, Mrs Sappor said “as soon as you start working you should start thinking about retirement because it is inevitable.”

“Once you start earning income, you should start planning for your retirement because whatever income you receive, your future is part of that income so you start thinking about how well you can spread that income and invest some in your future because you will not be able to work throughout your life.

“You cannot run away from the facts of life. You just have to ask yourself that will you be in a position to work throughout your life and look at how you can position yourself to face the challenges of the future,” she noted.

Sharing her personal experience as a retiree, she was extremely happy the day after her retirement because she had retired honourably.

“What was very important and crucial to me was the next step after retirement, what to do with my life and how I can impact the lives of other people.

“The fear of retirement is very real and I went to SSNIT three years before my retirement to ask them if I am to retire today what am I going to get and I tried to live within that amount,” she noted.