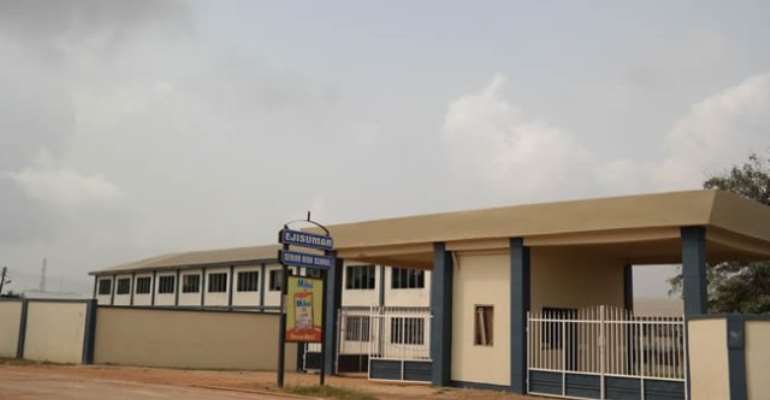 Child Rights International has condemned authorities of the Ejisuman Senior High School in the Ashanti Region for expelling seven female students from the school’s boarding house.

The seven, who are all final year students have been accused of using a mobile phone – which is prohibited in basic and high schools – “to upload a video on social media where unprintable words that border on sex were spewed out.”

But, according to the Executive Director of Child Rights International, Bright Appiah, the right approach to dealing with the students’ actions is not to expel them from the boarding house but rather, provide them with the needed medical attention.

Mr. Appiah further stated that the action would give the young girls access to limitless freedom.

“They have really deviated from what is required of the students in this particular matter. We expect that the authorities will take steps that will ensure the maintenance and rehabilitation of the students in matters of this nature. But that did not feature in the direction that they have taken when it comes to students showing a certain behaviour in relation to social disorder. Punishment is not a remedy for it but rather a treatment so we expect that the school authorities will take steps to make available a clinical psychiatrist for the students to work on their mindset.”

“Investigations by the school point to the fact that the phone that was used for the recording did not belong to the student so it will be very difficult to punish them, based on violations of rules and regulations. What they have succeeded in doing places them in the larger society where they have limitless access to freedom,” he said.

On February 9th, 2020, authorities at the Ejisuman Senior High School in the Ashanti Region expelled seven female students from the school's boarding facility after they allegedly posted a video on social media that contained sexual innuendos.

According to authorities, the video which has gone viral has dented the image of the school.

In a letter announcing the sanctions against the students and addressed to the Ashanti Regional Directorate of the Ghana Education Service the authorities explain that: “the management of the school at a meeting with the affected students and their parents arrived at that decision.”