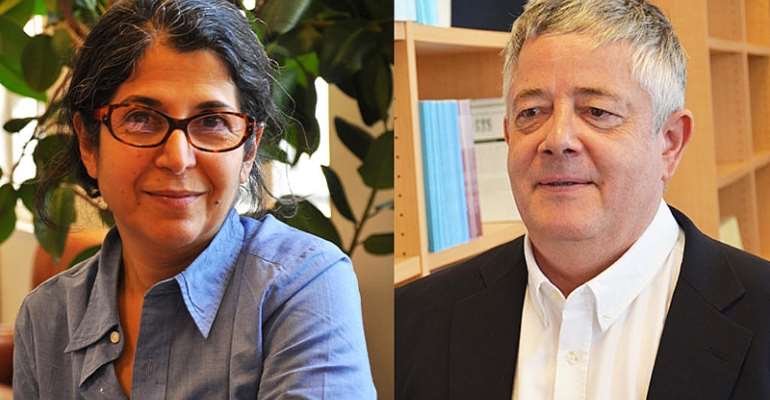 A French-Iranian academic jailed in Iran in a case that has raised tensions between Paris and Tehran is reportedly very weakened by a hunger strike that she began in late December and refuses to halt.

Fariba Adelkhah, who was detained in June, has been on hunger strike since December 24 in Evin prison in Tehran as she awaits her trial.

"She is very weakened and is finding it hard to keep her balance," the Paris-based support group seeking her release said in a statement.

"Despite calls by us and pressure from the prison and judicial authorities, she has still not stopped her hunger strike."

According to the group, fellow researcher Roland Marchal, who was detained at the same time as Adelkhah, is also dealing with health problems that are being worsened by his incarceration.

Iran says Adelkhah and Marchal are a threat to national security

Both were summoned for separate hearings on February 5 at the Revolutionary Court that is handling the case without their lawyers present.

They are both charged with "colluding to commit acts against national security". Initial espionage charges against Adelkhah have been dropped.

"They consider they are now facing a long judicial procedure without end," the support group said, adding that it appeared a trial should begin before Iran's New Year holidays start on March 20.

Dual national Adelkhah, an expert on Shiite Islam, and East Africa expert Marchal, a French citizen, are both researchers with Sciences Po University in Paris.

Up to a dozen foreign nationals detained in Iran

Iran is holding numerous Western citizens in prison, adding to tensions between Tehran and the West following the unilateral rejection by the US of the 2015 deal on the Iranian nuclear programme.

Australian Kylie Moore-Gilbert of the University of Melbourne is serving a 10-year sentence on espionage charges and British-Iranian Nazanin Zaghari-Ratcliffe was jailed for five years.

According to rights groups at least 11 foreign or dual nationals are currently being held in Iranian prisons.