...Amid Concerns About Global Threats 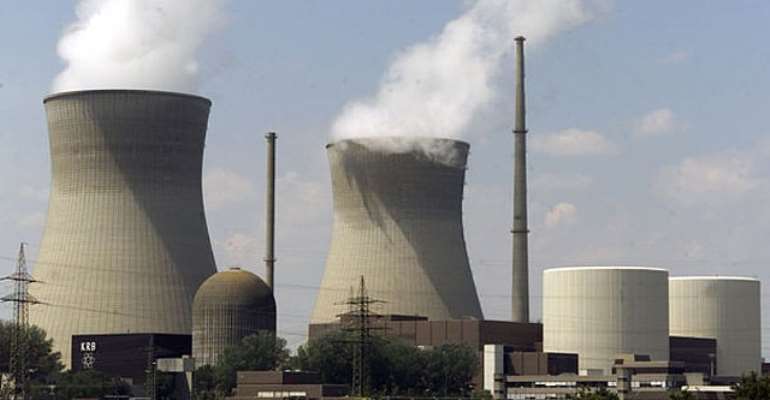 Government ministers and other high-level representatives from more than 140 countries adopted a declaration at a major International Atomic Energy Agency (IAEA) conference today to enhance global nuclear security and counter the threat of nuclear terrorism and other malicious acts.

From a possible cyberattack on a nuclear power plant to the illicit trafficking of radioactive materials, nuclear security is a growing international concern. The IAEA and its Member States have in recent years intensified their efforts to strengthen nuclear security but agree that more action is needed.

“Nuclear and radioactive material is a magnet for groups with malicious intent that see in this material a possibility to create panic and bring distress and pain to our societies,” IAEA Director General Rafael Mariano Grossi said at the opening of the week-long conference at IAEA headquarters, shortly before the declaration was adopted by the participants, including more than 55 ministerial-level representatives.

Nuclear technology and science help improve the lives of millions of people around the world in areas ranging from clean energy and cancer care to food security and pest control. But the nuclear and radioactive materials used to produce those benefits must be secured at all times to prevent them from falling into the wrong hands. Nuclear security involves preventing, detecting and responding to malicious acts with nuclear material, radioactive substances or their associated facilities.

In the declaration, IAEA Member States reaffirmed the common goals of nuclear non-proliferation, nuclear disarmament and the peaceful uses of nuclear energy and recognized that nuclear security contributes to international peace and security.

“We remain concerned about existing and emerging nuclear security threats and committed to addressing such threats,” the ministerial declaration said. “We encourage the Member States to implement threat mitigation and risk reduction measures that contribute to improving nuclear security, including, but not limited to, ensuring the protection of nuclear and other radioactive materials and facilities.”

Nuclear security is a national responsibility, but the central role of the IAEA in facilitating and coordinating international cooperation in this area was also highlighted at the conference and in the declaration.

“The adoption of a Declaration at ministerial level is indicative of the continuous commitment to nuclear security of IAEA Member States. It is a concise, politically driven and forward-looking document, adding value to the efforts of strengthening nuclear security worldwide,” said Bogdan Aurescu, Minister of Foreign Affairs of Romania and Co-President of the conference.

“In the coming years, global stocks of nuclear material are expected to continue growing, especially as we look into emerging nuclear technologies and their role in mitigating the consequences of climate change,” said Federico Alfaro, Vice-Minister of Foreign Affairs of Panama and Co-President of the conference. “We cannot allow for such material to fall into the wrong hands.”

The IAEA Ministerial Conference on Nuclear Security: Sustaining and Strengthening Efforts brings together about 1900 participants from more than 130 IAEA Member States. The conference addresses topics such as how to secure nuclear materials from theft or sabotage during transportation, the use of nuclear forensics to assist in criminal investigations and emergency preparedness and response in case of a nuclear security event.

It follows earlier high-level IAEA nuclear security meetings held in 2013 and 2016. Since the last conference, the IAEA’s activities to strengthen nuclear security include training nearly 13,000 experts, donating radiation detection equipment to 33 countries and providing support to 17 major public events, including World Youth Day in Panama, which was attended by Pope Francis and the presidents of seven Latin American countries, and major sporting competitions. Two years ago, the IAEA and the Government of Japan signed an agreement aimed at enhancing nuclear security measures for the summer Olympic Games and Paralympic Games in Tokyo later this year.