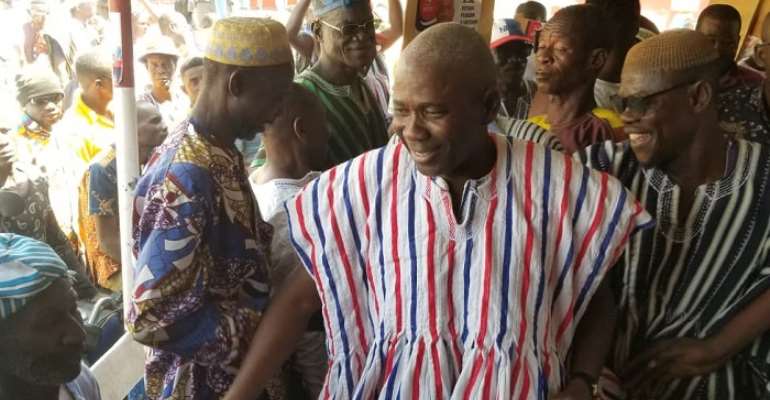 He calls for a campaign devoid of insults and bitterness.

He is facing a contest from Dr. John Kingsley Kurugu, a development worker and Public Health expert, who has picked a nomination form for the Zebilla primary.

In 2012, Frank Fuseini Adongo won the NPP primaries but lost the parliamentary election and in 2016, he won the primaries again and went on to win general election, beating the then incumbent National Democratic Congress (NDC) MP, Cletus Avoka.

At the Zebilla office of the NPP, Mr. Adongo promised a clean campaign devoid of insults and personal attacks and called on all others who desire to contest the primaries to do same so as to keep the party together after the primaries and retain the seat for the NPP in December.

The Zebilla MP believes that he has done so much within his tenure in the area of education, health, water supply and youth development and the effort has placed the NPP in a good position in all sections of the constituency.

He mentioned the construction of classroom blocks in some six communities and an increase in the number of schools under the School Feeding Programme from 21 to 77 through his effort.

Through his share of the Common Fund, he said a total of 320 dual desks had been distributed across the constituency and had attracted some more for kindergartens from GETFund.

During his tenure, the Zebilla District Hospital has been rehabilitated after it was abandoned for close to 10 years, adding that the constituency can boast of two functioning ambulances – one from the MP and the other from the 1 million dollar per constituency initiative.

There is also an ultramodern maternity ward for the Zebilla District Hospital, renovation of the Timonde Health Centre, renovation and donation of medical consumables and mattresses to the Binaba Health Centre and extension of electricity to the Apotdabogo Health Centre.

According to the Zebilla MP, through his effort, many students from the area have had scholarships from GETFund, the Scholarship Secretariat and from his share of the District Assembly Common Fund, over 400 students have been supported to further their education at the tertiary level.

In the area of water provision, the MP noted that a total of 65 boreholes had been drilled in the 34 electoral areas in the constituency aside from the 30 that were drilled by NGO through his negotiations.

Under youth development, the MP said a total of 124 youth had been recruited as teaching and non-teaching staffs.