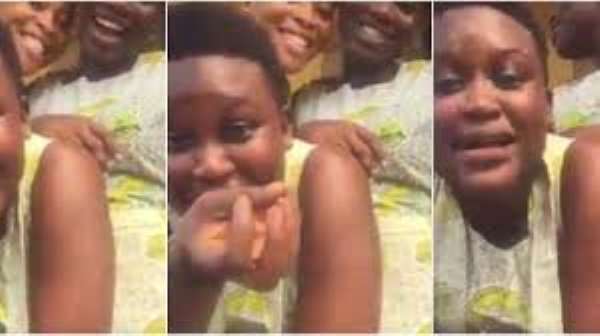 The management of Ejisuman Senior High School have sacked seven of their female students from the boarding facility for bringing the name of the school into disrepute.

The seven students were behind a video that had gone viral in which they were seen advising their fellow girls to give in to sexual demands of men.

Apart from the embarrassment, their conducts has brought to the school, management of the school, in their letter written to suspend the seven students said the girls had breached three school rules.

The rules, as stated in the letter dated February 6, 2020 and titled Expulsion from Boarding House, said the students had used unauthorized gadget [mobile phone] to dent the image of the school.

The other grounds stated in the letter which was addressed to the Regional Director of the Ghana Education Service said the students had intentionally uploaded the video on social media where unprintable words that border on sex were spewed.

In a statement signed by the Executive Director, Kofi Asare, punishing girls by sacking them from boarding school only places them in hostels without any parental or school control.

The statement indicated that it exposes them to further delinquency and harm from society.

According to the statement, a positive discipline strategy must reform offending students rather than expose them to even higher levels of delinquency and truancy.

Our attention has been drawn to a letter from the management of Ejisuman SHS indicating the expelling of seven (7) of its female students from boarding school for social media misconduct. We note that, in as much as it is important to sanction students when they breach the rules of conduct in school as a way of instilling discipline and deterring others, the GES must not lose sight of the fact that, most of these decisions may be arbitrary, archaic and contradictory.