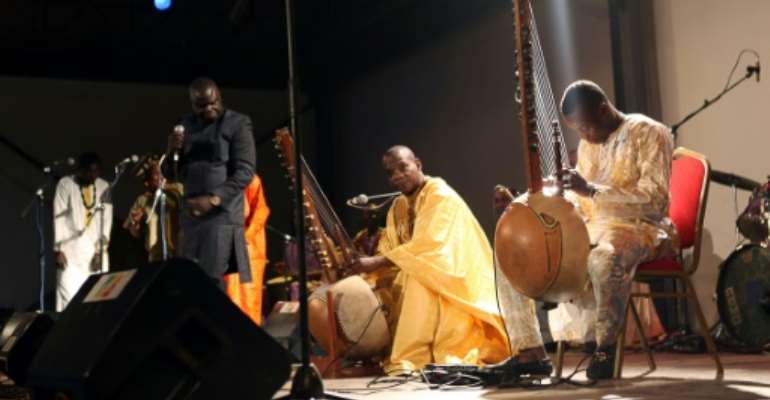 Malian kora players with an instrument similar the one played by Sissoko. By SÃ‰BASTIEN RIEUSSEC (AFP)

Renowned kora player Ballake Sissoko landed in Paris on February 4 after touring the US, to find that his instrument had been "completely destroyed" by customs agents in New York.

The traditional West African 21-string lute had been dismantled, with a note left by the agents, in Spanish, reading "intelligent security saves time," according to a post on Sissoko's Facebook page.

"Would U.S. customs have dared to dismantle a Stradivarius?," the post said, referring to a class of fabled violins.

"These kinds of custom-made koras are simply impossible to replace," it added.

"While its deliberate nature has yet to be established, this immense cultural damage challenges us and will require us to do everything legally and diplomatically possible to obtain reparation," she added.

The US Transport Security Administration, which screens luggage for explosives, has denied that it dismantled the kora, however.

In a statement to AFP, it said that it knew agents did not search Sissoko's instrument case because "it did not trigger an alarm when it was screened," and was tagged appropriately.

The broken kora generated significant media interest and social media comment around the world this week after Sissoko suggested white musicians would have been treated better.

"This is an unprovoked and sad act of aggression, a reflection of the kind of cultural ignorance and racism that is taking over in so many parts of the world," his Facebook post said.