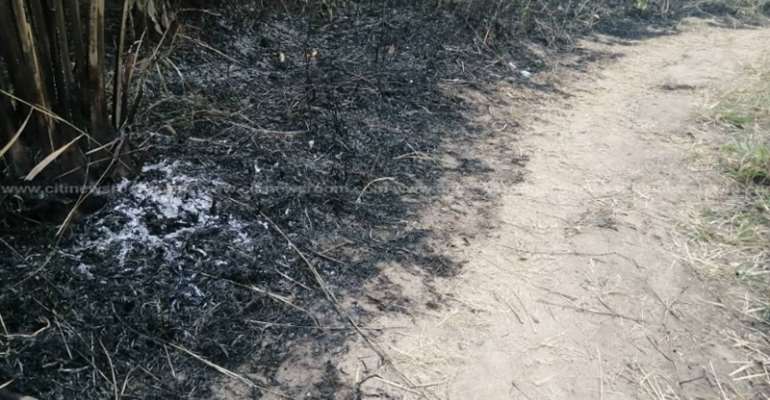 The crime scene where Ruth Eshun, a nurse with the Sewua Health Center died was set ablaze on Saturday adding to the mystery of the tragic incident.

Police sources have indicated to Citi News that the fire will not in any way affect investigations into the incident.

According to them, investigators had already carried out a deconstruction of the crime scene; a bush near the home of the victim.

So far, one person has been arrested by police in connection with the murder.

The cause of the death is yet to be confirmed by the police.

There are also unconfirmed reports that Ruth Eshun was allegedly raped before her death.

Ruth Eshun, who is a mother of three, was found dead at a secluded area close to her Ayoum new site residence in the Bosomtwi District.

Investigators who visited the crime scene found a mobile phone which was suspected to be for persons behind the suspected murderer.

The Ghana Registered Nurses and Midwives Association also called on the police to intensify investigations into the death.

Ghanaians on social media started a campaign, #Justice4RuthEshun, to also pile pressure on police to unravel the death.