Can Ghanaian Public Servants Participate In Partisan Political Activities Or Not? – Episode Two (2) 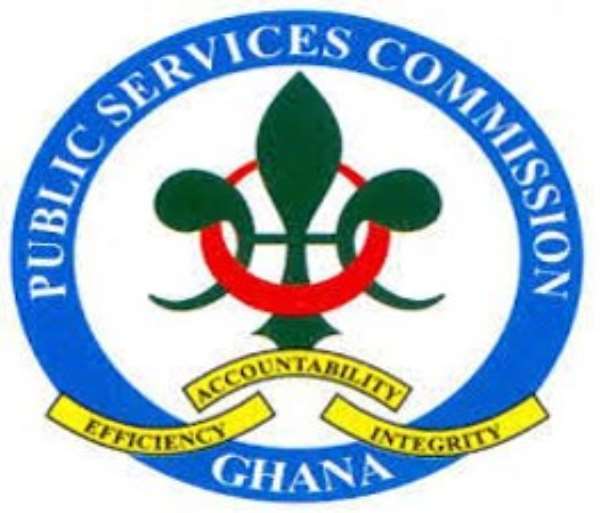 In the last episode (episode 1) of this article, we learnt that the Supreme Court had directed in the case of Kwadjoga Adra V. The National Democratic Congress (NDC) & 5 Others that public servants whose organizations are not mentioned under article 94 (3) (b) of the Constitution are free to participate in partisan political activities including contesting in political party primaries. In this second and final episode, we have turned attention to other public service organizations mentioned under article 94 (3) (b) of the Constitution with special focus on Civil and Local Government servants. Again, we will spin on the Supreme Court’s (SC’s) interpretational decision in the matter.

Can Workers Of The Civil Service and Local Government Service Participate In Partisan Political Activities?

In re Civil and Local Government Staff Association of Ghana (CLOSSAG) v. The Attorney-General & 2 Others, the SC decided that Civil Servants, workers of the Local Government Service and other Public Services mentioned under article 94 (3) (b) of the Constitution cannot participate in partisan political activities including but not limited to contesting for primaries.

(Writ No. : J1/16/2016) The SC’s decision in this case [Civil and Local Government Staff Association of Ghana (CLOSSAG) v. The Attorney-General & 2 Others] is dated 14th June, 2017. The facts are that the Head of Civil Service issued a letter dated 19th October, 2015 to remind all Civil Servants through their Chief Directors and Heads of Departments that persons holding Civil Service positions are barred from participating in partisan political activities including the following:

The said letter made reference to the provisions of the Civil Service Code of Conduct (issued on 1st November, 1999), section 12(1) (b), (c) and (e) of which read as follows:

“12. (1) The Constitution of Ghana confers rights on all citizens of Ghana, including Civil Servants to join any political party or association of their choice. However, by virtue of the traditional role of the Civil Service to serve the Government of the day loyally, and to maintain the confidence of any future Administration, a Civil Servant may not:

(2) Notwithstanding, a Civil Servant is entitled to his views in political matters, and if so qualified, may vote at elections.”

In tandem with the foregoing directive and by a letter dated 23rd September, 2015, one Alexander Hedidor, an Assistant Director at the Prestea-Huni Valley District Assembly was interdicted by the Local Government Service. Alexander Hedidor was a member of the plaintiff (CLOSSAG).

The interdiction emanated from the fact that Alexander Hedidor was involving himself in overt party politics when he filed his nomination to contest the Suaman Constituency Parliamentary primaries, on the ticket of the National Democratic Congress (NDC). Alexander Hedidor’s employers considered his filing for such a nomination as a parliamentary candidate on the ticket of the NDC as an act contrariwise to the provisions of the Code of Conduct of the Local Government Service since the NDC is a political party. Consequently, by a writ filed on 29th of April, 2016 the plaintiff (CLOSSAG), pursuant to Article 2(1) and 130(1) of the Constitution, invoked the jurisdiction of the SC for various reliefs. Among other things, the plaintiff (CLOSSAG) sought for:

It means that members or employees of or Public Servants working in the Public Services mentioned under article 94 (3) (b) of the Constitution do not have the right to remain in office as Public Servants and be involved in overt partisan politics including contesting in primaries as Alexander Hedidor intended to do.

In 2019, the Public Services Commission (PSC) on 8th August, 2019 issued a circular No. AB677/678/01 and directed inter alia that public servants who intend to engage in partisan politics of any form should first resign their positions as public servants. The PSC further directed that Governing Boards and Councils of MDAs should ensure adherence to the directive and enforce it.

This directive applies to CLOSSAG members and other public servants who come under article 94 (3) (b) of the Constitution due to their employment contracts.

Judging from various articles of the Constitution especially articles 190 (1) and 94 (3) (b) and the interpretational decisions of the SC in the Kwadjoga Adra case as well as the CLOSSAG-Hedidor case, it is obvious that some Public Servants can take part in active partisan politics while still holding office as Public Servants. However, those barred by the provisions of article 94 (3) (b) cannot do so. Until the relevant provisions of the Constitution relating to the subject matter are reviewed, no person or organization like the PSC has the right to give a counter and a generic directive as if all the public servants are the same per the SC’s decisions in the matter. Giving such a counter directive amounts to high crime per article 2 (4) of the Constitution.

We are in 2020, an election year in Ghana so it is advised that the PSC should review its circular under reference for appropriate rendition so that both the PSC and non-article 94 (3) (b) CEOs and frontline managers do not act ultra vires in the face of the SC’s decision in re Kwadjoga Adra. The SC decision in Civil and Local Government Staff Association of Ghana (CLOSSAG) v. The Attorney-General & 2 Others does not apply to all public servants. For example, workers of the Ghana Health Service and the Ghana Education Service are not bound by this SC decision. CEOs of these organizations must therefore tread cautiously in any attempt to enforce the PSC directive. In fact, they should not enforce it at all because doing so will amount to an illegality in the form of contempt of Court. As to the true meaning of contempt of court in Ghana case law, one may want to read the ruling In Re Effiduase Stool Affairs (No.2); Republic V. Numapau, President of the National House of Chiefs and Others, Exparte Ameyaw II (No2) 1998-99 SCGLR 639.

We must tackle poverty as national security threat – Parliam...
4 minutes ago