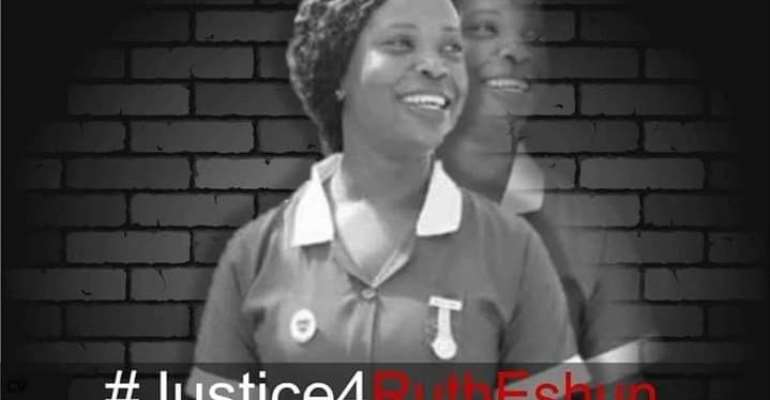 There has been growing outrage on social media over the death of Ruth Ama Eshun, a Community Health Nurse working with the Sewua Health Centre at Ayuom in the Ashanti Region.

The lifeless body of Ms. Eshun was found dead a few meters to her home after she went missing on February 3.

Some also questioned the priorities of Ghanaians in the wake of the death, as they expressed a lack of faith in the justice system.

One user on Facebook even suggested that the nurses should embark on an industrial action until the mystery behind the nurse’s death is solved.

Investigators who also visited the crime scene found a mobile phone which is suspected to be for persons behind the incident.

The cause of her death, which has sparked outrage, is yet to be confirmed by police.

However, Police in the Ashanti Region has picked up one person in connection with the suspected murder of Ruth Ama Eshun who is a mother of three.

Also, the Ghana Registered Nurses and Midwives Association had also called on the Ghana Police to intensify investigations into her death.