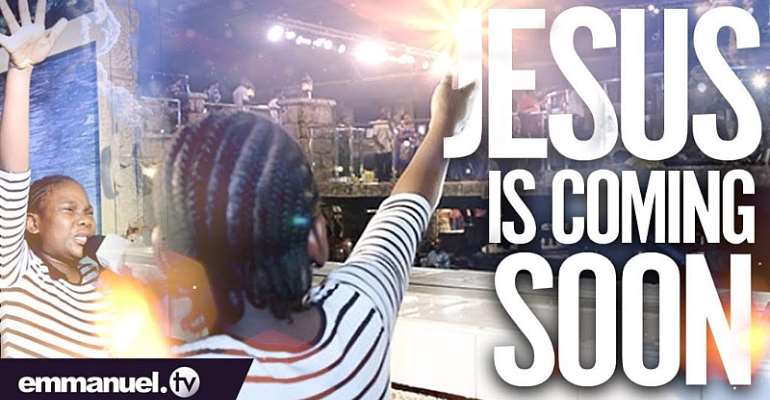 The video of a 12-year-old girl who had a ‘vision’ of Jesus Christ during a midweek service at TB Joshua’s popular church in Lagos has gone viral.


During a service known as the ‘Living Water Service’ at The Synagogue, Church Of All Nations (SCOAN) in which congregants come forward to receive water they believe to be anointed, immediately after receiving her water, a young girl suddenly cried out and gesticulated wildly.


“There is a Man there; He is tall! He is wearing a white garment,” exclaims the girl who later identified herself as Gift from Anambra State.


According to her, He said, “Repent; I am coming soon. Bring people to My church; bring more souls.”


Gift then narrated how she witnessed angels and 24 elders “bowing down and singing, ‘Holy, Holy is the Lamb’."


Throughout this period, Gift’s eyes remained closed as she vividly expressed that “His face is shining” and “the light is too bright”.

Suddenly, the young girl crumpled to the floor and appeared to ‘awaken’ from the trance. Bemused at the attention surrounding her, Gift began crying as she recounted again what she had just witnessed.

“On His head was a big crown and He was sitting on a throne,” she recounted, adding that she saw smoke surrounding the Heavenly scene she witnessed.

The young girl was shocked that no-one else saw what she had seen so vividly.

“People are going on the wrong track; we should bring them back to the Church,” she emotionally pleaded, adding that she needed guidance from Pastor TB Joshua on why she would be the recipient of such a stunning revelation.

“There is no excuse for being surprised by the uncertainty of coming events,” Joshua stated on YouTube when posting the viral clip.

“The uncertainty of the hour of Christ’s return calls for vigilance and watchfulness. Let us not wait for another sign from Heaven to convince us of the paramount importance of making the most out of life today because only today is our own, tomorrow is not.”

This is not the first time for someone to have had such a revelation as several months ago, a lady - who said she was a sceptic - also stated she had a vision of Jesus during a similar service at Joshua’s church.