The EC And Ghana’s Elections Integrity 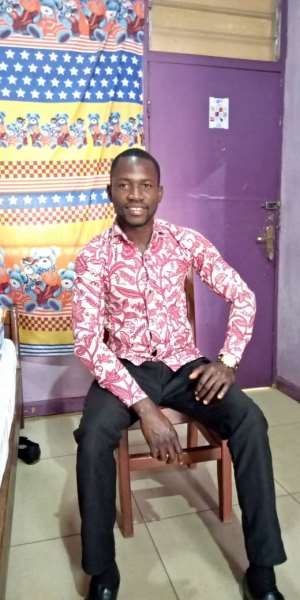 The airwaves of Ghana have been hit with the incessant and far apar positions of the three-legged unit that holds the electoral matters in Ghana. This three-legged unit encompasses political Parties, the Electoral Commission and the Ghanaian voter.

Before going further, let me bring to light that a nation or individual that has negative feelings about itself or resist change is a typical mercury that poison the progress of the country. It may sound outrageous going forward but as a developing country like Ghana, we need to build institutions we can trust to leave their constitutional mandates in their hands without ill feeling.

Apart from the Bible and Quran, the constitution of Ghana stands as one of the books well structured and has created room for any unforeseen event of national character or development challenges. It is in this sense that the representation of the people is placed in chapter seven of the 1992 constitution with its supporting articles 42, 45 and 46 giving powers to the citizens of Ghana and the Electoral Commission of Ghana respectively. Article 42 of the 1992 constitution stipulates that every citizen of Ghana of the age of eighteen years or above and of sound mind has the right to vote and entitled to be registered for the purpose of public elections and referenda.

Article 45 spells out the functions of the electoral Commission in paragraph;

The freedom of the EC is impeccably emboldened by article 46 where the Commission is free from directions from authorities or any individual. The constitution in its own wisdom allowed the establishment of Political Parties and granted them through article 55 (3), the opportunity to participate in shaping the political will of the people, to disseminate information on political ideas, social and economic programmes.

Since the enactment of the 1992 constitution which has allowed room for amendment, the articles that establishes the electoral Commission have been boosted by Acts of parliament, ACT 451 enacted after the 1992 Parliamentary and Presidential elections which received mix feelings from Political Parties in Ghana. Positive electoral reforms were made including the establishment of IPAC for better resolution of concerns of Political Parties, reformation of voters register and the conduction of both Parliamentary and Presidential elections on the same day.

Another major reform that made a remarkable impact in our election’s transparency was the bringing onboard the biometric voter register which was generally accepted by all Political Parties. It was therefore unfortunate or even fortunate that the results of this new mechanism for elections was tested at the Supreme Court leading to a number of technical and personnel recommendations laid before the election conducting body.

It is now head aching to note that the Electoral Commission of Ghana has taken the tangent to compile a new voter register for the 2020 elections which could be in clear breach of one of the major recommendations of the Supreme Court after the 2012 election petition. It recommended that the voters register must be completed and made available to all Political Parties as early as possible. This is substantial since the process involves registration, exhibition and to getting a final register for Political Parties before December 2020. To avoid another long 8 months or more of court hearing in the coming years, the idea of a new voters’ register should be looked into properly.

In the lead up to the just ended District Assembly and Unit Committees elections, the EC carried out a limited voters registration exercise prior to which the EC showed low knowledge on the expected number of young people who were ready to register, leading to their continues shift from the 700, 000 expected number of people they gave at IPAC meeting. At the end of the process, 1.2 million new registrants were recorded a closed figure to the 1.7 million projected figures from the Ghana Statistical Service. The difference in the recorded and projected figures could still be attributed to the number of registration centers during the limited registration exercise. These are implications that there are doubts in the registration processes.

To avoid these doubts, the EC could work closely with the Ghana Statistical Service and the National Identification Authority to be able to get accurate data on the number of qualified voters who are Ghanaians and of sound minds. The NIA once it is able to finish its mass registration by the end of 2020, supported by the outcome of the 2020 Population and Housing Census scheduled in June, the EC can base on them to build a strong, reliable and transparent new voters’ register to suit the interest of all Ghanaians since there would not be conflictions in the figures being churned out.

During the 2019 limited voters’ registration, the EC set selected stations and, in some districts, only at the district offices of the EC for the exercise. This was a big challenge and any attempt to repeat same in the new exercise proposed will do us no good since it would greatly give some Geographical locations opportunities than others. It cannot always be that we are reducing cost, we spend on development issues and the free and fairness of our elections is far a development than the establishment of a hospital since elections violence or protest can damage the whole country.

To avoid voter suppression, the EC should take its time, refurbish the current BVDs, secure computers and do limited registration covering every polling station and ensure names of foreigners, minors and the dead are removed through a rigorous exhibition exercise.

One of the intriguing factors that have caused greater doubts about the impartiality of the EC is the way the EC boss is appointed, the perception of Minority Parties and the imbalanced stands of the EC dealing with all Parties. The NPP in 2016 promised to axe Charlotte Osei if they won the elections and it happened and this has marred the integrity of the EC when it comes to their constitutional mandate in article 46 of the 1992 constitution.

Madam Charlotte Osei was removed from office and replaced by a new Commissioner who the Opposition Parties have also seen as a plot to give the Governing Party an advantage.

This manifested during the processes leading to the failed referendum to amend article 55(3) of the 1992 constitution. The position of the EC appeared to be a deviation from paragraph (d) of article 45 which grants the EC to educate the public. They rather were on social media and media houses campaigning for a YES vote. This implies that in other competitive elections, the EC can campaign for a particular Political Party as it did during preparations towards the failed referendum.

The declaration of the Ayawaso West Wugon by-elections as free and fair by the EC created concerns that need to be addressed. An election that was soiled with voter suppression by vigilante groups from the NPP leading to the boycott of the election by the NDC and it is said to be free and fair. This was a clear repetition of the December, 1992 Parliamentary elections which many Opposition Parties boycotted because they were said to be suppressed in the earlier Presidential elections in November, 1992.

The EC continues deaf ear to concerns from the Opposition has charged the political atmosphere going towards the 2020 general elections. This has called for the amendment of article 70, to not allow the president to appoint the Commissioners of the EC and other important public officers to avert the speculations that characterize the judgements of Opposition Parties towards such officials. It will give opportunity for such officials to Stay more neutral since they will not be appointed by any President.