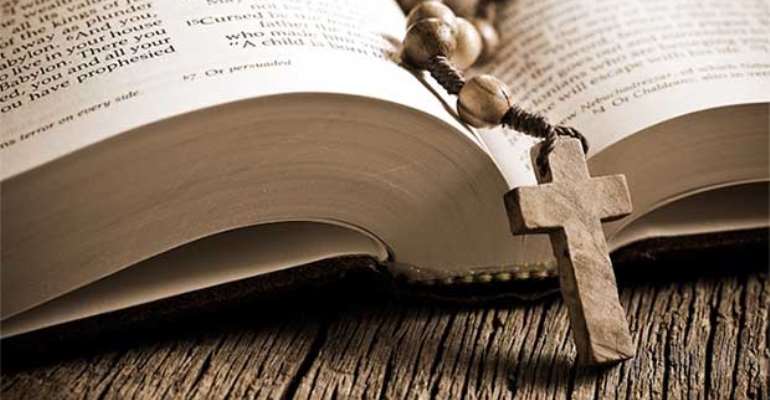 A CHRISTIAN friend recently wrote to ask me, “Is Jesus Christ Almighty God?” To answer this question, there are two important truths we must consider. First, we must understand that Jesus Christ is a mystery which requires the supernatural, free and unbiased mind to discover and know. Second, we must remind ourselves that we do not find the name Jesus Christ in the Old Testament, but only in the New Testament.

However, a diligent study of the Scriptures points to the existence of the person of Jesus Christ in both the Old and New Testaments, but with a different name or identity under the Old Testament. Actually the name “Jesus” is the Greek form of the Hebrew “Yeshua” which the angel Gabriel announced to Mary (Matthew 1: 21).

The book of Jude helps us to discover who Jesus Christ was in the Old Testament, and the work He did. Jude wrote, “Now I want to remind you, although you once fully knew it, that Jesus, who saved a people out of the land of Egypt, afterward destroyed those who did not believe…” (Jude 1: 5- 6). The apostles knew that Christ Jesus was the God who rescued the congregation of Israel out of Egypt through Moses. Christ was the Angel of the LORD who appeared to Moses in a flame of fire out of the midst of a bush.

“And the Angel of the LORD appeared to him in a flame of fire out of the midst of a bush. He looked, and behold, the bush was burning, yet it was not consumed. And Moses said, “I will turn aside to see this great sight, why the bush is not burned.” When the LORD saw that he turned aside to see, God called to him out of the bush, “Moses, Moses!” And he said, “Here I am…And he said, “I am the God of your father, the God of Abraham, the God of Isaac, and the God of Jacob.”

And Moses hid his face, for he was afraid to look at God. Then the LORD said, “I have surely seen the affliction of my people who are in Egypt and have heard their cry because of their taskmasters. I know their sufferings, and I have come down to deliver them out of the hand of the Egyptians and to bring them up out of that land to a good and broad land, a land flowing with milk and honey (Exodus 3: 2- 8).

Now, this Angel of the LORD is not a created angel like the other angels including Michael and Gabriel. He appeared to men and women under the Old Covenant as a unique Angel. Throughout scripture, He is not described as an angel of God, but the Angel of the LORD, and He is God who appeared to humans. The Greek word for the appearances of God is called theophany or christophany.

There are several other passages of Scripture where the Angel of the LORD appeared to men and women. In Genesis 21: 17, He appeared to Haggar. He appeared to Abraham a couple of times. Specifically, in Genesis 22: 10- 12, it is written, “Then Abraham reached out his hand and took the knife to slaughter his son. But the angel of the LORD called to him from heaven and said, “Abraham, Abraham!” And he said, “Here I am.” He said, “Do not lay your hand on the boy or do anything to him, for now I know that you fear God, seeing you have not withheld your son, your only son, from me.”

And when Manoa asked what His name was, He said, “Why do you ask my name, seeing it is Wonderful.” This name confirms the prophetic words of the prophet Isaiah concerning Jesus Christ. Isaiah spoke prophetically, “For to us a child is born, to us a son is given…his name shall be called Wonderful Counselor, Mighty God, Everlasting Father, Prince of Peace” (Isaiah 9: 6).

In all those appearances of this Angel, the people confirmed seeing God and that they would die. It seems those believers had foreknowledge and education about the striking uniqueness of the Angel of the LORD from the other angels.

In the Scripture above, you can clearly see the Angel of the LORD as Christ Jesus performing mediatorial duty between His people and the LORD of hosts whom He often called the Father in the New Testament. Similarly, in Psalm 110: 1, David inspired by the Holy Spirit received insight into the deity of Christ Jesus, and called him Lord, i.e. Adonai as it is written, “The Lord says to my Lord: “Sit at my right hand, until I make your enemies your footstool.”

To be Continued in the next edition.