France's Space Cowboys: A dream team that demonstrates the value of the over 50s 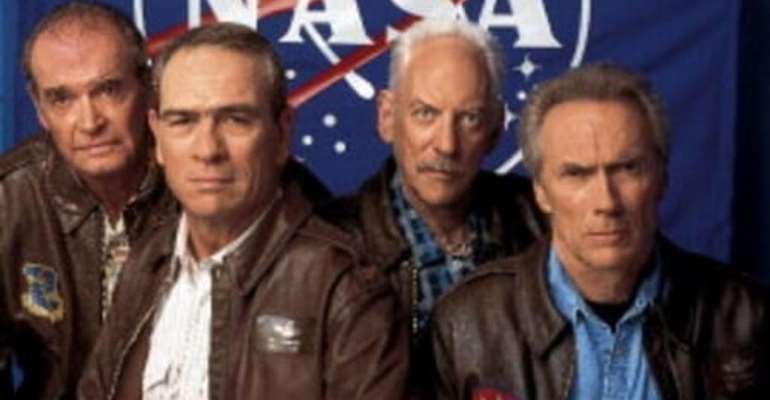 France's pension reform seeks to get people working longer, but high unemployment rates for the over 55s suggest people might simply remain unemployed for longer. Convinced that older, experienced workers have a lot to offer, French engineering group Assystem created the “Space Cowboys”:  a team of experts average age 55 who are proving an asset on international assignments.

Hubert Labourdette must be one of few people in France to have hired a 64-year old on a permanent contract. But he's tipping 60 himself and knows that age is not a barrier to enriching a company.

He built the Space Cowboys team and it now has 21 “experts” on board. Most were recruited from outside.

“We have guys from the French Navy, former company directors, people from EDF, from various environments. But they all have the same spirit which is to help one another and be an added value for the company.”

Seniority as an added value
Hiring older staff wasn't a charitable act, Labourdette, who is head of complex systems within Assystem, says it made good business sense.

“My motivation was the need for the customer to have a senior figure in front of them. For international business you need people with a lot of experience, people who not only speak English but who also have knowledge about the culture of the different customers.”

He cites clients in Saudi Arabia who feel more comfortable dealing with a mature consultant from the Space Cowboy team.

“It's an added value for us to be able to send two senior guys to talk to representatives of the Saudi State. Our people have a very high level of expertise and they are autonomous when dealing with the customer. For us, seniority is an added value.

Being that bit older means they also tend to be more mobile, and like their namesakes in the Clint Eastwood film they can be “ready for a mission very quickly”.

“I think all of us are like that,” says Andrew Whiting, a Franco-British engineer who was one of the first to join Labourdette's team. “Our children have left home, we don't have the same family ties and don't have to be at home at weekends. It gives Hubert a lot more flexibility to assign us to projects."

Projects, often abroad, like bidding for contracts in fields such as transport and nuclear power; supporting existing projects, and above all providing support and expertise to younger less-experienced staff.

'Still a lot to offer' at 62
Whiting is a sprightly 62 and loves the challenge of working on big, complex projects.

“I've worked in Moruroa in Tahiti, on the Hinkley Point nuclear project in the UK, and now I'm on the ITER nuclear fusion project in Cadarache in the south of France. So every two or three years you get to change and move on to a new challenge. That's what's passionate for me.”

Whiting has hit the legal age of retirement but feels he “still has a lot to offer”.

Not all companies in France see things that way and a certain number of stereotypes about seniors are hard to shake off. This partly explains why only one in three people aged 60 and over are in work in France, compared to the EU average of 45 percent.

“The stereotype is very simple,” says Labourdette. "Seniors are seen as too expensive, not up to date with digital technology, not flexible, not good listeners... It's completely false for the Space Cowboys. And I think it's false for many seniors in general.”

Knowledge and experience out the door
Whiting has been working in France for more than 37 years in the electronics and now in the nuclear power industry. He says laying off experienced staff can bring short-term savings but can cost companies a lot further down the line.

“A lot of tacit knowledge and experience walks out the door when people get laid off. Certainly in the nuclear industry in France a lot of people were either moved away or they retired and they're now running in to this problem of lack of experience.”

He cites the example of Flamanville. This 3rd generation nuclear reactor in Normandy was due to be operational in 2012 but a string of problems and incidents means it's still not up and running.

“The problems they've incurred in Flamanville are directly related to the lack of continuity and transfer of knowledge from the older generation to the younger generation."

'You're too expensive!'
The trend to cut back on senior staff began in the 1970s, partly as a way of allowing more younger people to enter the job market. The lowering of retirement age from 65 to 60 under Socialist president François Mitterand in 1982 was seen as a progressive measure.

But the subsequent decline of the steel and automobile industries accelerated the process of laying off the over 50s.

"Managers of those kind of companies chose to cut a lot of teams with older people who were over 53," explains Labourdette. "It was a big mistake because they lost a lot of knowledge within the company."

The criteria were purely financial: the older the staff the more they were paid, so they were first out the door.

Whiting says recruiters still tend to see seniors as too costly. He was laid off in his 50s and spent four years looking for a job. He had to deal with pre-conceived ideas ... when he was lucky enough to actually get to interview stage.

“You go for an interview and they say 'you've got a good CV but sorry you're too expensive'.  I'd think 'How do you know? We haven't talked about salary yet, so how can you make that assumption?'

"But you don't even get the chance to discuss. There's a lot of ageism.”

Rolling out the Space Cowboy experience
Labourdette is satisfied the success of Space Cowboys clearly demonstrates that seniors are a plus for a company. He's written a book about the adventure to help other companies follow suit.

"I think we can reproduce Space Cowboys in other companies, not exactly on the same model, but on the basis that a senior has value for a company. You have to find the best place for them, the right environment and a good team, but this concept should be applied to all companies.”

He hopes their initiative can contribute to changing the way people view seniors in the job market in France. The country's increasingly flexible work contracts is helping.

“You have many types of contract now, so it's allowing companies to have more seniors onboard. We are less and less on long-term contracts, more and more with different ways of collaborating. It could be short-term, sub-contracting or partnerships. All of that helps us to promote seniority in different companies.”

Where are the Cowgirls?
So far the 21-man team is .. well.. male, Labourdette's efforts to hire Cowgirls having hit a blank.

“It's a bit difficult because in France we don't have many women in engineering and at this level of seniority you have even fewer. I've tried five times to have a woman on board, but without success. I'm still working on it, I want to have women on board!”