A “Bankruptcy Of Goodwill” – How Bad Reputation Can Destroy Good Value 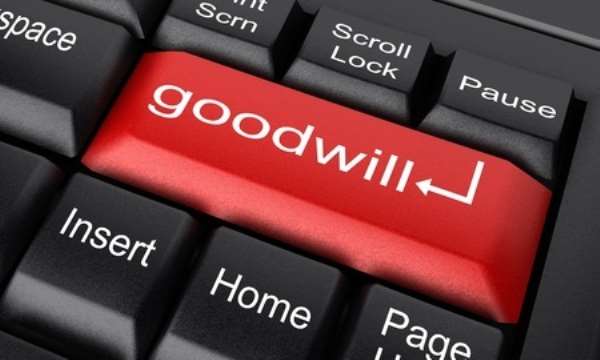 There was once a Shepherd-boy who watched over a flock of sheep near a village. Three or four times, he brought out all the villagers by crying “Help me! The wolf is attacking!” But when his neighbours came to help him, he laughed at them saying, “Haha there is no Wolf. I was only tricking you!”

The Wolf, however, did truly come at last. The Shepherd-boy, now really alarmed, shouted in agony and in terror: "Pray, do come and help me; the Wolf is killing the sheep!" Yet, no one paid any attention to his cries, nor rendered any assistance. The Wolf, having no reason to fear, at his leisure, destroyed the whole flock.

There is no believing a liar, even when he speaks the truth.

Mr. Boakye and I were having lunch with a few others when the names of two prominent businessmen came up in conversation. They were not the topic of our discussions, mind you. At the mention of the Honourable Kennedy Agyapong, Mr Boakye lit up and said “ahaaa that man, his A is his A and his B is his B; he will talk plenty but end up exceeding your expectations and you will be impressed”.

Nobody present seemed to disagree, be it verbally or in gesture.

But at the mention of a second man, Mr. Boakye said, “forget about that man; this man suffers from a bankruptcy of goodwill”. Everybody laughed, supposedly in agreement. I laughed because everyone was laughing. But I had never heard of the second man. I had no reason to believe he wasn’t up to the task. Yet, until an incident changes it, I probably associate the second man with an inability to deliver.

“Bankruptcy of Goodwill”. That’s a rather peculiar phrase. It stuck with me. In one swoop, any opportunities at that table was put outside the second man’s reach. His reputation cost him. So I thought, how does Goodwill and Reputation work when we take one individual as a business entity?

The total value of any good brand, be it a person or a company, is always more than the sum of all of its tangible assets. The whole should always be greater than the sum of its parts. That excess value, is goodwill.

Goodwill does not take physical form. It’s not a tangible asset like a house or car. Yet, it still adds value to whoever owns it. If a non-physical feature of a business entity can be clearly and easily demonstrated, and if that feature results in the creation of value, then that value just mentioned is goodwill.

Examples of intangible elements that contribute to your goodwill are customer lists, licences, ‘contacts’, and intellectual property such as copyrights and trade secrets.

After reading this again, I am really seeing why Mr Boakye viewed Honourable Kennedy Agyapong as not lacking goodwill, compared to the second man. Goodwill is not about physical money or assets.

Your business reputation is the sum of all the things that other people feel about you or your business, based on one or more experiences they’ve had with you or your business. It comes from the information they’ve gathered elsewhere or from the horse’s own mouth, whether true or not. Reputation exists both online and offline, in both your loyal customers and followers, and also in complete strangers.

You can have an idea of how you want to be perceived by others. But how the public sees you or your business is never necessarily how you plan it. Reputation is tricky, very fickle. Easy to lose a good one, hard to do away with a bad one.

What’s the difference between Goodwill and Reputation?

It’s common to use these two terms interchangeably. But they are different.

Reputation requires something much simpler: only awareness. That’s all. Once you become aware of the characteristics of an entity, true or untrue, real or fictional, that knowledge you have creates a reputation for it. You don’t need actual business or transactions to create a reputation. Nothing like that. It doesn’t even need to be in the same country as you, nor the same planet as you.

For example Kasapreko Alomo Bitters may be so popular all over the world that its reputation crosses borders and continents into countries like Morocco and Dubai without a single bottle of Kasapreko ever being in that country. No business needs to be transacted for reputation to be created. The awareness alone, maybe through social media and interviews and trade shows, is enough to create a solid reputation overseas.

Reputation is a serious issue because of its volatility. As corporate men and women, of course we would all like for others to think good things about us. It makes business much easier. But as we’ve just discussed, reputation goes far beyond just how we look like or what we appear to be.

Reputation is affected by everything we do.

That’s in the literal sense. Literally everything you do contributes to your reputation. The way you talk. The way you walk. What you say. Where you step. Every decision you made since waking up from bed. Even your body language. These are all factors that reinforce your reputation.

Reputation affects everything we do.

You can’t run from Reputation because by mere breathing, you are creating it. Even after you stop breathing, it will not cease. Such is the inevitability of your Reputation. Your reputation is in the minds of your neighbours, your customers, your friends on social media, people you’ve not met before, it’s everywhere. Its inescapability makes its importance very hard to ignore.

It’s not just about you. If it were, then it’ll be a bit more controllable. You cannot singlehandedly decide what your reputation is. And as much as you care about how your immediate friends and customers and target market see you, you need to be worrying about how EVERYONE sees you, in a healthy dose.

You might have built a good strong brand and it might have a good reputation in the eyes of your inner circle and loyal customers. But reputation affects how society as a whole interacts with you and your business. The dynamics is different on that scale because yes society includes your circle and loyalists, but it also includes your competitors, strangers, members of the community, and others. These are people who support you, don’t support you, don’t care to support or not support you, and people that don’t even know you. It ropes everyone in.

Most business entities, people or companies, do some extent of reputation management. This is when they make a conscious effort to influence how people see the brand. And it’s a good thing because it has many benefits. A good reputation for a business has many advantages that include:

How to improve your reputation

Everyone loves value. So, in our daily lives, we gravitate towards where we think we can find good value. A good reputation makes people associate us with good value. It is hard to get any business done when one has a bad reputation.

If you are struggling with your reputation, here are a few things you could do:

Stick to your word.

One simple bad experience can cause another person to be the origin and catalyst of a bad reputation. Misunderstandings with clients and business stakeholders can often be controlled when you introduce predictability. Be perpetually honest.

Make your words clear and stick to them. Communicate to people on a human level. Honesty is one of the top virtues most admired and cherished in others. When people realize you do as you say and you say as you do, building a good reputation is much simpler from there.

As we’ve already realized, reputation is not about you. By helping others, you are adopting the mindset of accepting that your this goes beyond caring for you and your brand alone. If a friend needs clarity on a matter you are well versed in, offer to talk to them and help them patiently. If someone you know needs an introduction to boost their business, pay it forward! Give that intro. Give that recommendation. Improve their sales with your word of mouth.

Also do your best to make others look good. We’ve all had someone say something bad about us before. It’s never fun. Throwing people under the bus is a quick way to gather enemies and that’s the fast route to creating and fueling a bad reputation.

Give a good first impression.

If I were to see you today by chance in Kumasi, would I associate you with value and all things good? If I walked into your office, would I ‘feel’ positive things happening? How’s your company website; does it portray a quality company?

Present yourself the way you want others to see you. It’s usually the little things that stick in the minds of people. You will be judged even before you meet anyone. The moment people lay their eyes on you, an impression will begin to form. The only way you can have some control on that impression formation is if you rig their decision-making process by feeding the persons mind with all that you would want them to see at first sight.

Present yourself the way you want others to see you.

To be consistent, you must be authentic. Fake people are only consistent at being fake because they lack the recipe to recreate whatever mirage they created for you at first. Consistency creates predictability which creates a feeling of safety. Who doesn’t like safety! When that happens, the stakeholders of your reputation will always associate you with good emotions. That is how you get rave reviews.

Mantra of the Week