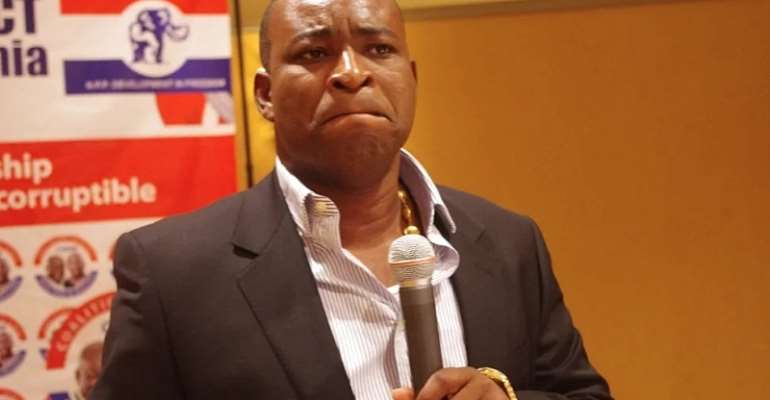 The Ashanti Regional Chairman of the governing New Patriotic Party (NPP), Bernard Antwi Boasiako aka Wontumi has said the mention of his name in an audiovisual recording involving a suspect in the disappearance of seized excavators, is not an indicator of culpability in illegal mining.

Also known as Chairman Wontumi, the Regional Chairman insisted on Metro TV's Good Evening Ghana that he did not have any illegal mining concessions.

The recording featured the voices of the Minister of Environment, Science, Technology and Innovation, Prof. Kwabena Frimpong-Boateng and the suspended First Vice Chairman of the NPP in the Central Region, Horace Ekow Ewusi .

Though not conclusive, suggestions have been made that they were discussing plans to allow NPP members to engage in illegal mining to fund party activities.

The land for the alleged illegal mining was said to belong to Chairman Wontumi.

But in response, Chairman Wontumi claimed the discussions centred on him allowing party members to mine on a concession he had acquired legally.

He explained that he first got involved when he reported the activities of Chinese nationals stealing from his concession.

He made his report to Prof. Frimpong-Boateng, stressing that he had worked hard for his mining rights.

“Me, I have suffered. If we are talking about somebody who has suffered in mining, it is me,” he noted.

“They went to stop them. So the time they were going, Ekow Ewusi was the person who led them… so immediately they got there, they stopped them [from encroaching on my concession],” he recounted.

After receiving the help, Chairman Wontumi said he was then asked to by Ekow Ewusi to consider ceding part of his land to some party members via a letter of consent to help the party.

Chairman Wontumi said Ekow Ewusi said: “It would be better that you allow some of the party people who are looking for the concessions to work.”

“So he mentions John Boadu's name.”

Chairman Wontumi admitted that he was willing to cede out part of his concession to party members to mine on “but they never came back.”