If We Don't Eliminate Egregious High-!evel Corruption In Ghana, Will It Destroy Ghanaian Democracy? 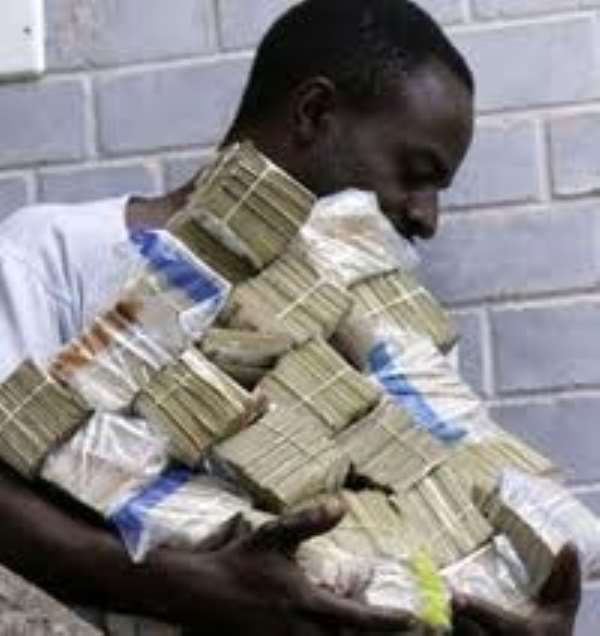 Such is the corrosive nature of high-level corruption in Ghana that it will destroy the moral fabric of our society, entirely, if we don't eliminate it from our national life. It is most unfortunate that a noble ambition of President Akufo-Addo's - ending the illegal gold mining that is destroying vast swathes of the Ghanaian countryside - has been hijacked by vile and greedy government political appointees, to enable them send their net worth to stratospheric heights, by stealth.

Furtheremore, it has become pretty clear to most discerning and indepedent-minded Ghanaians that the need to raise cash for funding the activities of political parties, has more or less forced even the most decent-minded politicians, to associate with wealthy criminal-types, happy to provide funding for political parties and individual poiiticians - in exchange for being shielded from investigations and prosecutions for their many past crimes against the ordinary people of Ghana and their nation.

In light of all the above, we must now have a national conversation about public funding for political parties - and craft new laws to limit the amounts of raised-cash politicians and political parties can spend to fund their election campaigns: and which will prescribe stiff mandatory jail terms for all those who ignore the new campaign financing laws.

Yet another measure sorely needed in the fight against high-level corruption, in Ghana, is to change the asset declaration law, and make it compulsory for all government appointees to publicly publish their assets and those of their spouses, immediately before and after their tenures of office - and prescribe stiff jail sentences for those who lie when publicly publishing their declared assets and those of their spouses.

And, most important of all, whistleblowers who alert the authorities about cases of high-level corruption that come to their notice, must, if that evidence leads to the prosecution and conviction of corrupt officials, be given 10 percent of any recovered amounts made possible by their whistleblowing. If we don't eliminate high-level corruption in Ghana, it will, as sure as day follows night, eventually destroy Ghanaian democracy. No question. Hmmm. Yoooo...