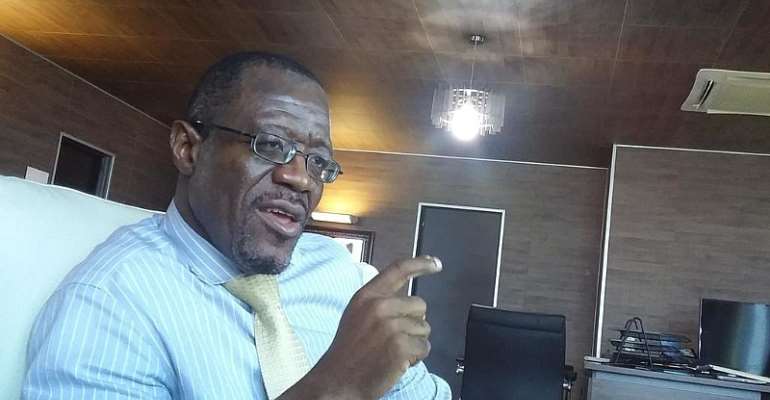 With a new central bank governor at the helm, Liberia is focused on rehabilitating the bank's structure through assistance by the United States Agency for International Development (USAID) in an effort to restore confidence in the Liberian banking system.

Liberia's Central Bank had been plagued with a number of scandals regarding an alleged disappearance of 73 billion euros worth of Liberian local currency as well as an alleged misappropriation of US$17million intended to mop-up excess local currency and the unauthorized printing of new banknotes among others.

In an interview with RFI in Monrovia, Governor Tarlue said USAID is underwriting the cost of Kroll for a six month period.

“The Liberian Government is not paying a penny to Kroll. USAID just wants to make sure that Liberia benefits from this exercise so that we do not return to the controversies we witnessed in the past,” he said.

Kroll will assist the bank put in place a transparent and accountable system for procuring a limited run of additional Liberian dollar banknotes to ease the shortage of cash on the market, he said.

The team will also assist the bank to undertake competitive procurement process for the printing of additional local currencies.

Governor Tarlue noted that Kroll will play a vital role in working with the CBL to secure shipments of banknotes from selected printers to the bank's vaults.

Additionally, he stressed that Kroll will monitor the distribution of banknotes into the banking system and broader economy.

“We will work with Kroll to ensure that some to the lapses, those control issues raised when they conducted the audit, are addressed so that when we do go to print money again, there will be straight adherence to the system in place,” he said.

Scepticism among Liberians
Kroll is working to ensure that the bank will once again enhance its institutional capability, internal controls and governance structure to make the bank more efficient and regain its core functions of managing the Liberian dollars.

Despite the ongoing reforms, 24-year-old Lasana S. Kanneh, a resident of the Logan Town community outside Monrovia maintained that he has lost trust in the bank after the unprecedented level of controversies that has plagued the bank over the years.

He said until the bank can institute practical policies and ensure the bank is independent he cannot trust the bank.

“Words and actions are different. The governor has a good intentions but if his vision does not match the ambition of President Weah, his vision will not happen,” he told RFI.

Kanneh said he would begin to trust the bank if the collaboration with Kroll led to financial stability as well as boom in the economy.

For 42-year-old Massa Sheriff, a dry goods seller in the Logan Town community, she attributes the financial crisis confronting commercial banks in the country to mistrust in the Central Bank.

Despite her skepticism, she said she remains positive that the intervention of USAID, Kroll and other partners without the interference of politicians might put the bank back in a positive light.

“We will only trust the bank if these partnerships will led to the bank operating with transparency and not taking instructions from politicians. So we will wait and see how this collaboration will go but I really trust USAID and Kroll to do great work,” she said.

Central bank reforms
Governor Tarlue said several reforms have already been instituted, including improvements to the governance structure, ensuring technical soundness of polices, and financial sustainability of the bank.

As result of the reforms the bank had to work with the International Monetary Fund (IMF) to sack 305 employees out of a total of 700.

Tarlue said he is hopeful that an independent central bank will encourage the more than 90 percent of Liberians who are outside of the bank can have trust in the system and also ensure international partners can trust the system and begin investing in the country.

“The more we begin to do some tangible things, I am sure ordinary Liberians will give us the benefit of the doubt…we feel the pinch they faced and it's our job to ensure that the people are comfortable and in the end they too can benefit from the bank,” he said.