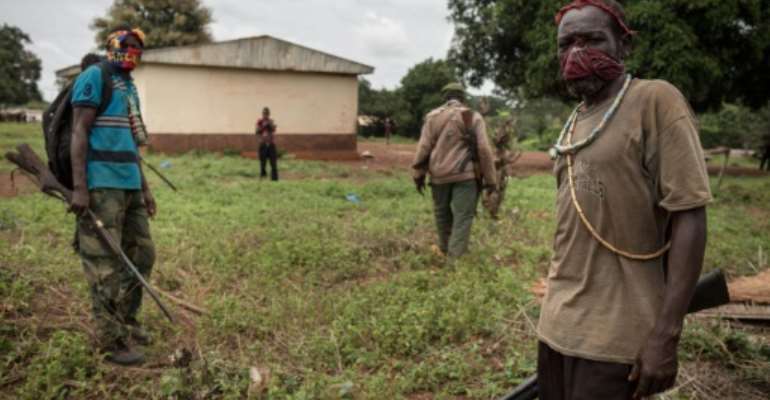 Militia groups who once battled each other still control two-thirds of the country. By ALEXIS HUGUET (AFP)

Central African Republic President Faustin Archange Touadera on Thursday called on international partners to take a tougher line on armed groups who were violating the terms of a peace agreement.

CAR's government signed a deal with 14 rebel militias a year ago, but more than two-thirds of the former French colony remains under the control of armed groups who often fight over territory and its rich mineral resources.

The agreement, signed in the Sudanese capital Khartoum, has eased fighting but not ended a conflict that has ravaged the nation since 2013.

"One year later, the time for observing has ended. It is time for firmness so that the agreement is respected," Touadera said.

The president called on the African Union and the Economic Community of Central African States (ECCAS) economic bloc to clarify possible sanctions on rebel groups who break the accord.

Article 35 of the peace agreement allows for sanctions against those who violate the deal but details on the measures have yet to be defined.

Amnesty International on Wednesday warned various armed groups were still carrying out abuses of civilians, including killings and sexual violence, despite the peace deal.

Touadera, who is expected to run for re-election in December, told reporters the deal was still making progress despite opposition criticism, in a country emerging from three civil wars in less than two decades.

A UN mission -- known by the acronym MINUSCA -- has almost 12,000 troops and 2,080 police in CAR in order to protect civilians and foster stability.

The country spiralled into bloodshed after Bozize was overthrown in 2013, with rival militias battling for control and fighting forcing nearly a quarter of the country's 4.5 million people to flee their homes.