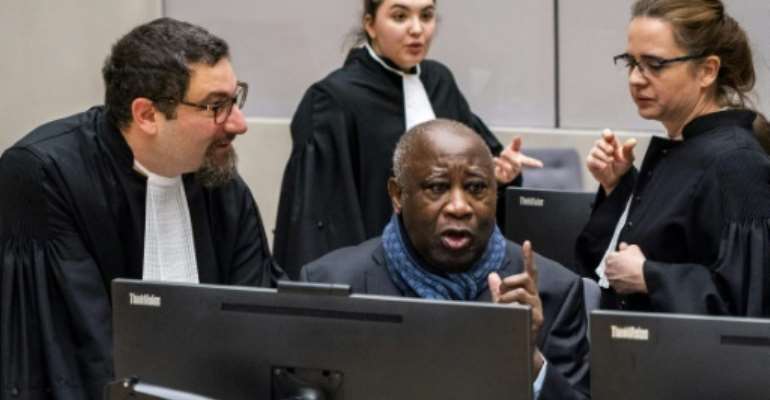 Gbagbo and his deputy Charles Ble Goude were both cleared of crimes against humanity a year ago, eight years after the former West African strongman's arrest and transfer to the Hague-based court.

Belgium agreed to host Gbagbo, 73, after he was released in February last year under strict conditions including that he would return to court for a prosecution appeal against his acquittal.

But Dov Jacobs, a member of Gbagbo's legal team told judges "in principle there can be no restrictions on an acquitted person."

Such a person "must be able to exercise all of their rights including their civil and political rights," Jacobs said.

"The only logical outcome is to abandon all conditions restricting freedom," he said.

The hearing at the ICC, set up in 2002 to try the world's worst crimes, will continue on Friday, but it was unclear when judges would hand down a decision.

Ble Goude, who lives in The Hague, was released under similar conditions.

He was sentenced late last year to 20 years in absentia by an Ivorian court over murder, rape and torture charges.

But following Ble Goude's acquittal at the ICC, an Ivorian court brought a fresh trial against him over the 2010-2011 bloodshed which followed the disputed vote in the West African nation.