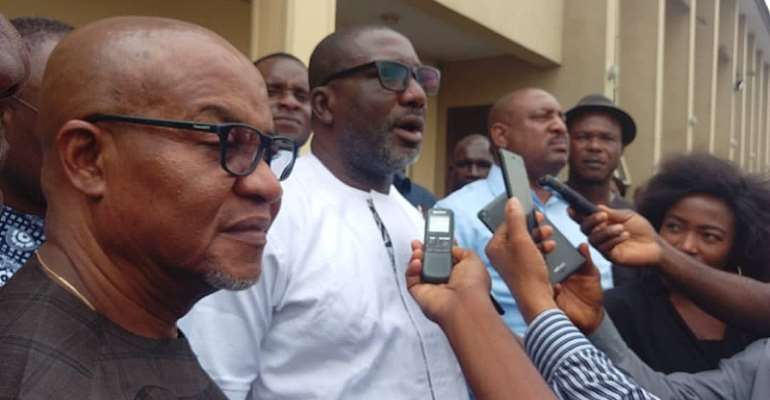 The Sole Administrator, Rivers State Waste Management Agency (RIWAMA), Bro. Felix Obuah has urged the good people of the State to take advantage of the dry season to empty their gutters and other water channels to avoid blockage ahead of the 2020 flood warnings by the Nigeria Hydrological Services Agency (NIHSA).

Bro. Obuah made the appeal on Thursday, shortly after his routine monitoring exercise of major streets and roads in Port Harcourt, the State capital and its environs.

According to the RIWAMA Sole Administrator: “My appeal is premised on the latest prediction by the Nigeria Hydrological Services Agency (NIHSA) that there would be greater flooding with disastrous consequences this year, particularly in the South-South States”.

He regretted that some residents and those doing business in the State have cultivated the habit of indiscriminate dumping of solid wastes and plastics into canals which also cause blockage of canals and cause flooding.

Bro. Obuah appealed to Rivers people to make adequate preparation against the coming rainy season, regretting that the incidence of flooding might manifest in the State just as predicted by the NIHSA if people fail to heed the warnings issued by the Agency before the onset of the rainy season.

According to the 2020 Seasonal Rainfall Prediction (SRP) released by the Nigerian Meteorological Agency (NIMet), February 24, 2020 is the predicted onset of rainfall in the South-South while the predicted cessation date is December 28, 2020 implying a longer period of rainy season.

Bro. Obuah said the situation called for collaborative efforts by residents across the 23 Local Government Areas to ensure that the State is not caught up by the impending flood disaster and also charged Rivers people to ensure that their gutters and other water channels are regularly cleared of wastes.

The RIWAMA boss noted that the Agency had often warned residents and those doing business in the State to adhere to environmental rules by not throwing garbage into the gutters and other waterways, as these would impede the free flow of water.

“The flood disaster which devastated several parts of the State in 2012 is still very fresh in mind and should serve as a wake-up call for all residents and people doing business in the State to take appropriate steps to avoid a repeat of that experience”, Bro. Obuah advised.