A history of how sedatives took hold in white South Africa

By Julie Parle - The Conversation 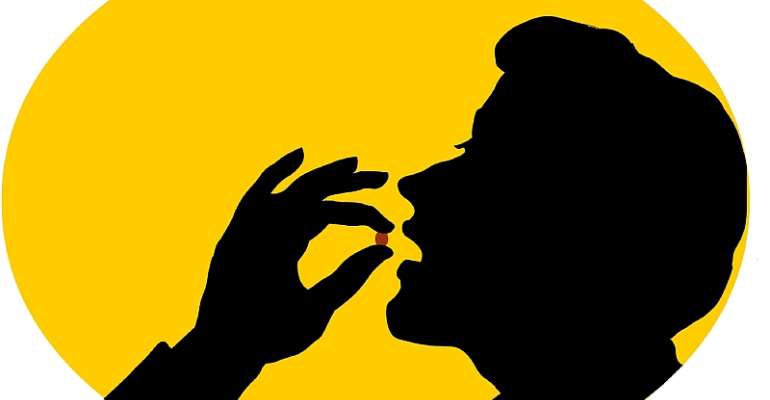 In the early 1960s, pharmacists and government authorities were of the view that South Africa had experienced key aspects of a 'pharmaceutical revolution' over the course of the previous 40 years.

These were fulcrum decades in South African medicines' history in which newly invented medicines became critically important. Most of the new therapeutic substances in high demand were antibiotics. But the class of drugs comprising synthetic hypnotics, sedatives and tranquillisers were also important.

As early as the 1930s these substances – especially barbiturates – posed challenges to those who sought their control. Enmeshed in multiple issues of chemical, commercial, professional, and regulatory deﬁnition, timid controls were proposed in 1937. But even these failed to gain support, facilitating a permissive market for those who could aﬀord the new drugs. These were, by and large, white South Africans.

In my research I identiﬁed a number of moments when these sedatives became of pharmacological, professional or public interest. I sketch a chronology of their regulatory politics in South Africa in the mid-twentieth century.

South African markets remained limited. Nevertheless, many local pharmacists, manufacturers, importers, and consumers were quick to embrace the therapeutic aspirations and chemical technologies of the time. In turn, they helped to accelerate multiple changes in the uneven emergence of 'pharmaceutical modernity' in South Africa.

The 1950s was a decade of an even greater variety and popularity of pharmaceutical preparations. Most were imported, particularly from the US. Another bid was made to restrict the use of tranquillising and other drugs.

In 1954 a new classiﬁcation, that of 'Potentially Harmful Drugs', was established. Professional pharmacies' discretion over the sale of these substances was limited. Even so, dozens of products were available via medical prescription. This was often on the back of unsubstantiated claims that their chemical properties would relax, soothe, calm, pacify, and take away anxiety, fear and fretfulness. Others were still readily attainable from pharmacists as over-the-counter products.

One such was 'OblivonC', which has not lingered in South Africans' medical memory. Others have proven more durable, continuing as mainstays of frequently prescribed medicines into the present. 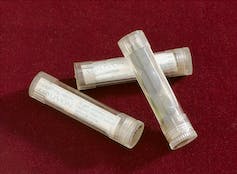 One example is Meprobamate. Popular in the 1960s, it's still widely prescribed today, albeit in different medical preparations.

From many descriptions, oﬃcial as well as popular, it is evident that white South Africans readily and legitimately consumed pharmaceuticals (especially in pill form) for a wide variety of ailments.

In part, the popularity of the new drugs may be explained in terms of the quest for a white, 'modern' identity. As one historian puts it, in the prosperous decades of post-war South Africa, and especially in the 1960s, whites

self-consciously fashioned their personal appearance, public architecture, and consumer and lifestyle choices to demonstrate (to other South Africans and international observers) their distinctness from the non-white [sic] majority and to advertise their modernity.

If this was indeed a factor of a modernising white identity, it was white women and (generally) male medical practitioners who by the 1970s had become unwitting agents in a reciprocal relationship of need and aspiration. If relative aﬄuence and attitude facilitated access to the new sedative drugs for some, the consequences of their consumption were often ambivalent.

Some of these substances were ineffectual. Others gave profound relief to those who suﬀered from sleep deprivation, extreme anxiety, and other forms of socially or psychologically induced torment. Some proved dangerous and destructive. Many also possessed damaging powers when taken in combination with other substances (such as alcohol) or if imbibed, ingested or injected in excess or over extended periods of time.

At the same time, the limited 'legitimate' usage of synthetic sedatives and tranquillising preparations by black South Africans can be largely explained by reasons of political economies of health. In the 1960s, there were few black doctors outside of the cash-strapped mission hospitals prescribing to middle class private patients. In addition, chemist shops were concentrated in the urban areas. And the unregulated 'traditional' medicines sector remained signiﬁcant, both economically and ideologically.

But apartheid capitalism required the growth of black consumer markets at the same time as enforcing racial segregation. A commissioned survey reported in 1969 reported that

the natural potential of the Bantu [sic] market […] holds tremendous promise for the future'.

Pressure to extend formal education and training of black technicians, assistants and pharmacists also ﬁnally gathered momentum by the mid-1960s. 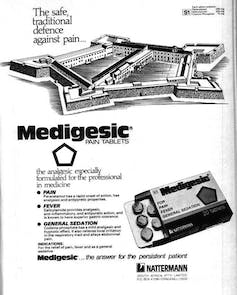 By the late 1960s, South Africa had been unevenly propelled towards a new phase of 'pharmaceutical modernity'. This too would be marked by intense local pharmaceutical politics.

By the 1970s, locally-based manufacturing of pharmaceuticals had grown. On the recommendation of the Steenkamp Commission of Inquiry into the Pharmaceutical Industry of 1978, reporting after the Soweto uprising, the apartheid regime's support for the domestic manufacture of chemicals and medications was to grow “in case of boycott or war”.

This ominous atmosphere was reﬂected in the pharmaceuticals sector of the late apartheid era. An advertisement for 'Medigesic' reproduced from the South African Pharmaceutical Journal in 1980 portrays an atmosphere of intense stress for many white South Africans. To many whites the ad projected their physical and mental state of being under siege, both from 'within' the country and from apartheid's opponents 'without'.

“Especially formulated for the professional in medicine,” Medigesic invoked the state's “traditional” staunch commitment to their “safety” and “defence”.

Portraying the fortress of the Castle of Good Hope, the military emblem of the South African Defence Force, patients who consumed the analgesic were promised relief from pain, reduction of inﬂammation and fever, and “general sedation”.

This is the fifth article in a series on drug regimes in southern Africa. They are based on research done for a special edition for the South African Historical Journal. Read the full paper over here.

By Julie Parle, Honorary Professor in History, University of KwaZulu-Natal