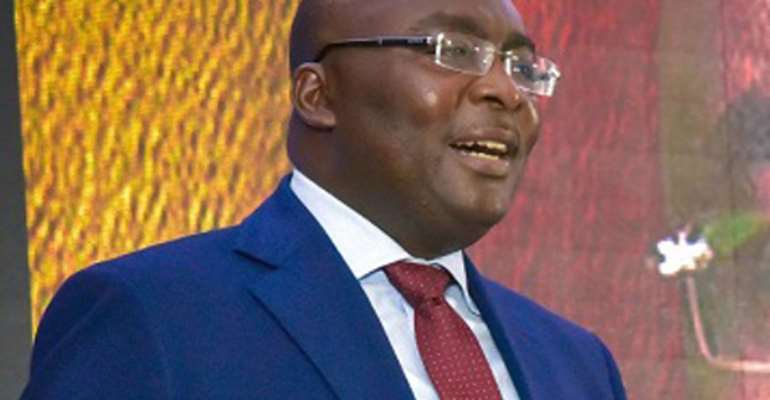 Government has announced that it will show evidence of fulfillment of its promises to Ghanaians during a grand town hall meeting in Kumasi, the Ashanti Regional capital, on Tuesday, February 11, 2020.

The Deputy Minister of Information, Pius Enam Hadzide, who disclosed this, said Vice-President Dr. Mahamudu Bawumia would lead evidence on how government has matched up to its promises over the past three years.

“This is in partial fulfillment of transparency and accountability governance requirement set out by the Akufo-Addo administration to account to the people,” he added.

Speaking at a press briefing in Kumasi, the Deputy Information Minister stated that the present government had unmatched achievements, and it was ready to account for its stewardship to the citizenry.

“No government has ever performed better in its first four-year term than the Nana Addo administration,” he stressed and continued that the upcoming town hall meeting would feature the government's results fair during which pictorial and video evidences would be exhibited.

He explained that the showcase would offer citizens the opportunity to ask questions on achievements from infrastructure to service delivery.

Mr. Hadzide noted that government took a serious view of the upcoming town hall meeting because “it affords government the opportunity to provide the evidence of its achievements as far as manifesto promises are concerned.”

The Deputy Minister entreated residents of the region to attend the town hall meeting to witness at first hand a presentation of the evidence.

“Also be informed that chiefs across the length and breadth of this region have been invited,” he said and added that all opinion leaders in all the 43 districts in the region had been invited.