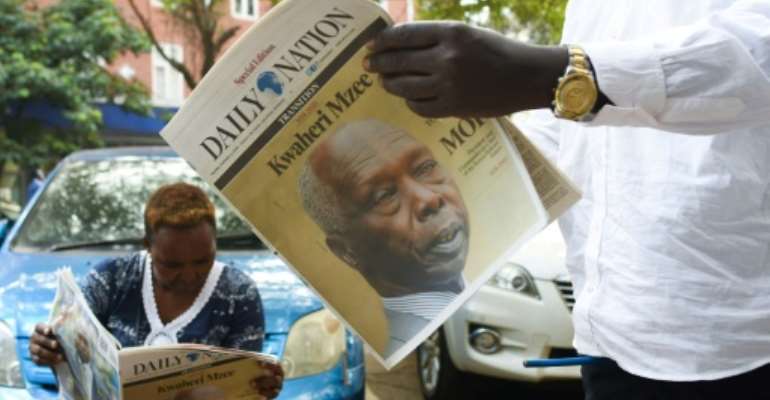 Moi was praised for keeping Kenya a relative haven of peace during a chaotic period in east Africa. By SIMON MAINA (AFP/File)

Former Kenyan president Daniel arap Moi, who ruled the country with an iron fist between 1978 and 2002, will be honoured with a state funeral on February 11, the government said Thursday.

Moi's body will lie in state for public viewing from Saturday until Monday, before a memorial service on Tuesday in the Nyayo national stadium in the capital Nairobi, officials said.

"The former president will be accorded a state funeral with full civilian and military ceremonial honours," said Joseph Kinyua, Kenya's Head of Public Service. Tuesday has been declared a national holiday.

"We encourage each and every Kenyan to plant a tree in his memory," Kinyua said.

His body will be buried the next day in his home area of Kabarak, 220 kilometres (135 miles) northwest of Nairobi.

Moi was however praised for keeping Kenya a relative haven of peace during a chaotic period in east Africa.