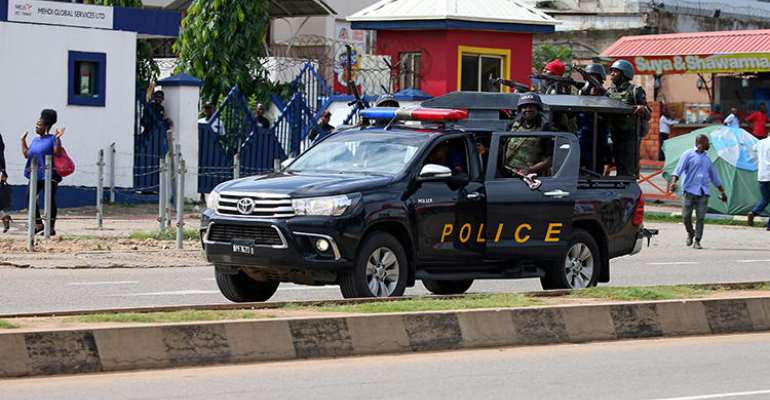 Abuja, February 5, 2020 -- Nigerian authorities should conduct a credible and transparent investigation into the death of journalist Alex Ogbu, publicize the results of his autopsy, and hold those responsible to account, the Committee to Protect Journalists said today.

On January 21, Ogbu, a reporter and editor with the local independent outlet Regent Africa Times, died from head injuries sustained at a protest in Abuja, the capital, held by members of the Islamic Movement of Nigeria religious organization, according to Regent Africa Times publisher Shola Akingboye and Francisca Ogbu, the journalist's wife, who both spoke to CPJ over messaging app and phone calls.

Police told Francisca Ogbu that her husband died after he slipped and hit his head on a rock, she told CPJ.

However, the local privately-owned news website Sahara Reporters published a report on January 23 saying that police had shot and killed Ogbu. The author of that report, who requested anonymity for fear of reprisal, told CPJ they arrived at the protest just after Ogbu's death and spoke with witnesses who said that police opened fire at protesters and a bullet hit Ogbu in the head. The witnesses said that Ogbu died at the scene, the Sahara Reporters author told CPJ.

When contacted by CPJ over the phone, Anjuguri Manzah, a spokesperson for the Nigerian police, declined to comment on how Ogbu died and whether police opened fire at the protest, but said police were investigating.

Emanuel Ogbeche, chair of the Abuja branch of the Nigeria Union of Journalists, a local trade group, told CPJ that an autopsy had been conducted but the results had not been made public.

"Nigerian authorities should prioritize the transparency of their investigation into the death of journalist Alex Ogbu, determine exactly how he was killed, and share that information with the public," said Angela Quintal, CPJ's Africa program coordinator, from New York. "Nigerians are too often denied the full truth about how journalists die in their country."

Yesterday, police told Femi Falana, a lawyer representing Ogbu's estate, that his team should submit a formal request for the autopsy report, according to Marshal Abubakar, a lawyer from Falana's chamber, who spoke to CPJ via phone.

Today, CPJ could not determine whether Falana's team submitted the request. Ogbeche told CPJ today that no autopsy results had been released.

Akingboye told CPJ that he had not explicitly directed Ogbu to cover the protest, but having worked closely with Ogbu, believed that the journalist would not have passed by a protest and failed to report on it. A member of the Islamic Movement of Nigeria, Abdullahi Musa, told CPJ in a phone call that Ogbu was not a member of their movement, and was known as a journalist who covered their protests.

Francisca Ogbu told CPJ she had seen her husband earlier that day and believed he was on his way to the paper's office when he died.

Police took possession of the journalist's phone after he was killed, and refused to return it to his wife, she told CPJ.