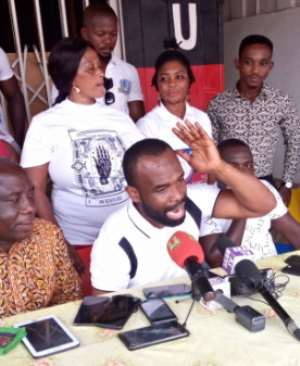 He said, the notion that Kumasi is the stronghold of the NPP and irrespective of how angry the people are, they will surely vote for the party is the reason for the neglect.

He said it's about time Asanteman rose "against the NPP and their wicked leadership" indicating that "without the Asanteman, NPP can never win any election in this country."

He revealed that since NPP came to power Asanteman cannot boast of a single developmental project.

He called on Asanteman to learn lessons from the posture of the NPP government since the party has nothing good to offer them. "NPP usually plays on the intelligence of Asanteman anytime they want to win power."

The potential flagbearer made this known when he was speaking to party members in the Asokwa Constituency in the Ashanti region.

Mr. Kwame Asamoah noted that the contribution of Asanteman to the development of Ghana cannot be underestimated but get less in the distribution of the national cake.

He called on party members not to rely on the government for employment but rather acquire vocational skills that will aid them to fit well in the society.

According to him, the UPP is poised to train the youth in the country with vocational skills, this he believes will help cut down unemployment in the country.