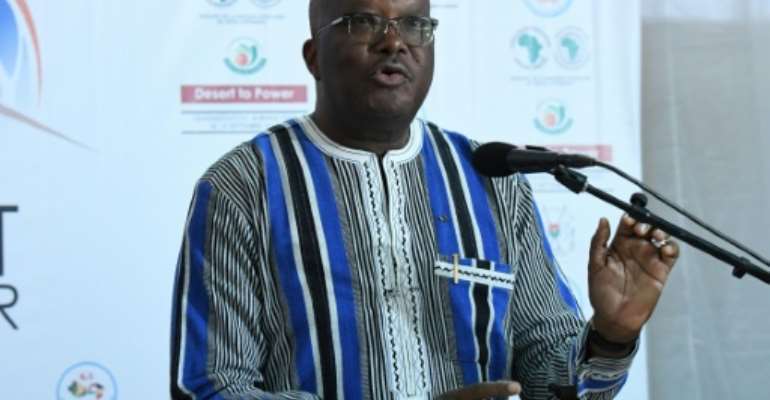 Burkina Faso's presidential election will be held on November 22 in parallel with its parliamentary ballot, the government announced on Wednesday.

President Roch Marc Christian Kabore will be running for re-election in the West African state, which is in the front line of a jihadist insurgency spreading across the Sahel.

"The electorate will be called out for both elections, on November 22, 2020," Simeon Sawadogo, the minister for territorial administration, said after a cabinet meeting.

Kabore took office in December 2015, becoming the first elected president since Blaise Compaore was overthrown in protests after 27 years of authoritarian rule.

Kabore's expected rivals for the top job include Compaore's former premier, Kadre Desire Ouedraogo, and Gilbert Noel Ouedraogo from the ADF party that had backed Compaore.

Tahirou Barry, a minister who resigned from Kabore's first government, has also announced his candidacy.

Kabore served as minister several times and prime minister in 1994-96, making him part of Compaore's regime, but he became one of the leading figures of the opposition that helped oust the longtime leader.

His election in 2015 showed he could bring together supporters of Compaore as well as backers of the October 2014 uprising that forced the autocrat from power.

Security will be a key issue in the elections.

Nearly 800 people have been killed in jihadist violence since 2015, according to an AFP count.

The armed forces in the Sahel, poorly equipped and trained, have been battered by roadside bombs and highly mobile groups of jihadists.

Around 4,000 people were killed in Burkina Faso, Mali and Niger last year, according to the UN. Around 600,000 people have fled their homes, sparked a major humanitarian crisis.

‘Tweaa’ there is no power in the bible; it only contains his...
22 minutes ago