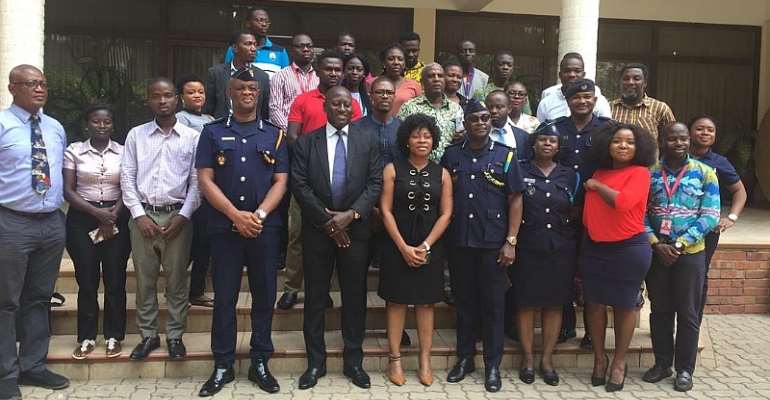 The Ghana Revenue Authority (GRA) has stated that the implementation of the UNI-PASS deal would not in any way lead to Government paying any judgement debt.

This is contrary to concerns raised by policy think tank, Imani Ghana that could pay judgment debt to the Ghana Community Network (GCNet) and West Blue “for simply cancelling their more reliable, tested, and efficient less expensive systems. In fact, UNI-PASS has been sued by West Blue for intellectual property breaches- essentially copying their software illegally.”

Imani Ghana had raised the concerns in a letter written to the Finance Minister, Ken Ofori-Atta, asking Government to reconsider the UNI-PASS deal which is expected to be implemented this year.

According to Imani Ghana in its letter, UNI-PASS impact on the trading community and revenue generation for government, have been unanimously bemoaned by many agency users of the ports.

But Deputy Commissioner at GRA, Custom Division, Mate Kodjo, said emphatically that there will be no judgement debt for terminating the contracts of West Blue and GCNet.

Mr. Kodjo was addressing the media at a workshop organized by GRA on the benefits and operations of the UNI-PASS system.

He stated that “please rest assured that there won’t be any judgement debt under this contract(UNI-PASS deal).

He stressed that “from our (GRA) angle, I don’t think there will be payment of any judgement debt.”

Responding to Imani Ghana’s argument that West Blue and GCNet have contracts running with the state and implementing the UNI-PASS deal would mean they heading to court for judgement debt, he noted that “the fact that you are providing something and that I want somebody else with a superior service to add to vary or compliment yours does not give you the right to ask for judgement debt.”