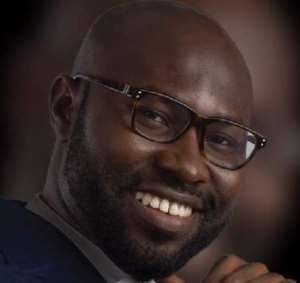 An aspiring Member of Parliament for the Suame constituency in the Ashanti region has petitioned the party’s regional chairman over his inability to purchase nomination forms.

Mr John Darko is seeking to unseat incumbent MP Osei Kyei Mensah-Bonsu but has been frustrated so far in his efforts to purchase the nominations forms.

In his petition to the regional chairman, Bernard Antwi Boasiako, popularly known as Chairman Wontumi, Mr Darko stated that several efforts by him to purchase the nomination forms have proved futile.

Mr Darko stated that “On Monday 28th January 2020, I went to the Suame Constituency office to pick up a copy of the nominations form only to be told that my Constituency did not have the forms. I came to the regional office and spoke with the Regional Secretary on phone, he admitted that the Suame forms are with the regional executives.

“He assured me that a meeting would be held on Wednesday the 29th of January 2020 to consider my concerns.

“As at the time of writing this petition, one (I) clear week from the date I visited the office, I have not heard from your office concerning the said meeting.

“I am, therefore, by this petition, requesting your office to make available a copy of the nomination forms to me to enable me to contest the NPP primaries scheduled for 25th April 202o.

“Please note respectfully, that time is of the essence so if I do not hear from you by close of business Wednesday, 5th February 2020, I will assume that my petition has been denied and will petition the National office for a resolution.” 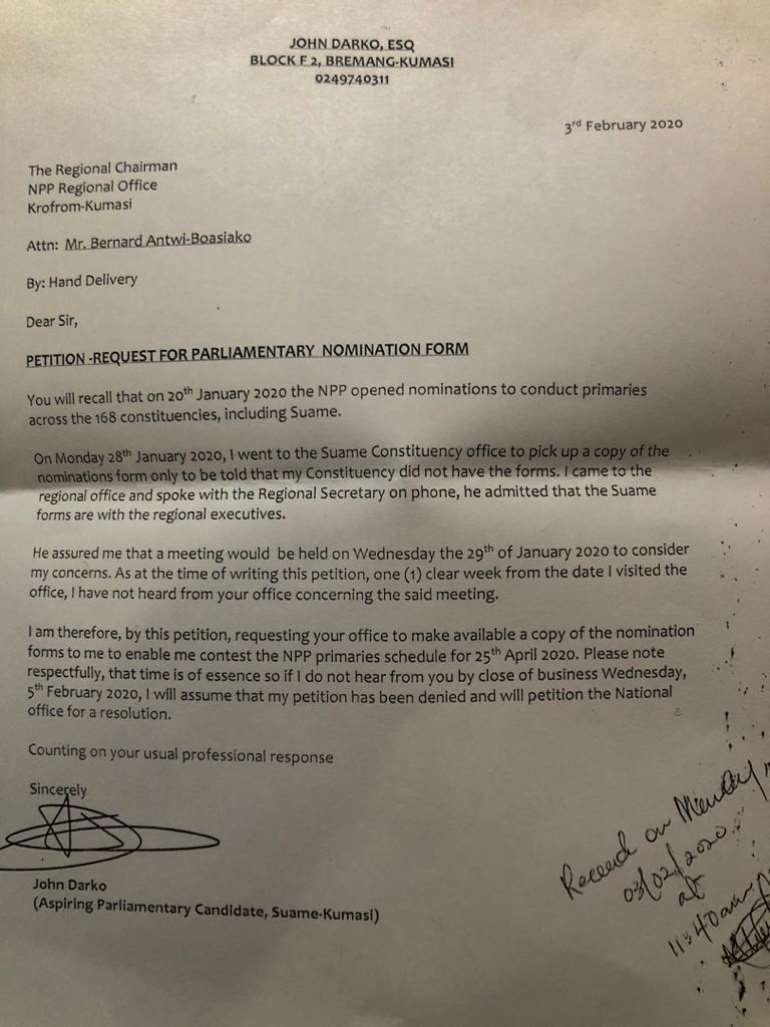