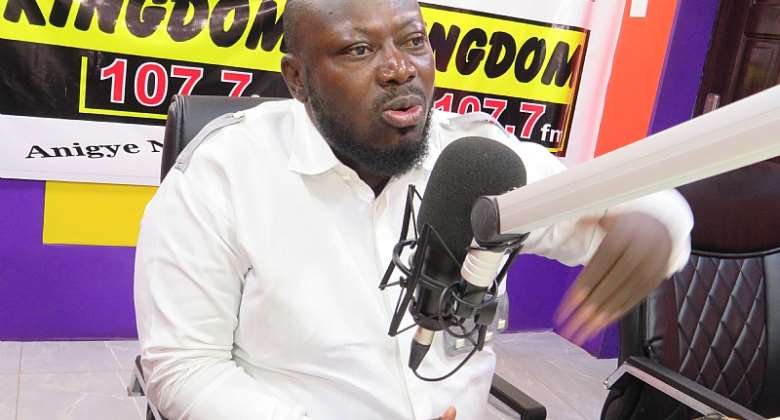 However, George Opare Addo said the NDC is ready to be investigated by the NPP government.

“We are open and ready for any investigation, let them come and investigate us… we are open to any investigation because we know we have not done anything wrong in relation to Airbus scandal,” George Opare Addo told Kwame Tutu on Anopa Nkomo on Accra-based Kingdom FM 107.7.

He continued, “We need to have patience for the court to come out with full ruling, and also listen to the part of the accused people in the scandal.”

The legal practitioner accused the government of a smear campaign against officials of the NDC government who have been accused in the scandal.

The US Court in the case titled United States of America versus Airbus SE as a defendant with Case No.: 1:20-cr-00021 (TFH) after investigating the matter has come out with some mind-blowing evidence in its deferred prosecution agreement it has just entered with Airbus SE.

Between pages 66 and 70 of the 104-page document, the US Court took its time to explain how Airbus gurus in connivance with a top NDC elected government official supplied Ghana with aircraft in clear contravention of air travel regulations.

Background
At a news conference in Accra on February 3, 2020, Communication Director of the party, Yaw Buabeng Asamoa asked the former president to officially respond to the court documents.

“In the face of these facts, it is very necessary for president Mahama to come out and be heard publicly,” Mr. Buabeng Asamoah said.

“He cannot continue to hide behind his party members including a former attorney general. Of course, we are all aware that he hates answering questions on corruption but he must answer because at this moment all fingers point to him and one of his brothers”

” He was the President at the time and presided over this deal so he has to come out and tell Ghanaians if he was involved or not”.