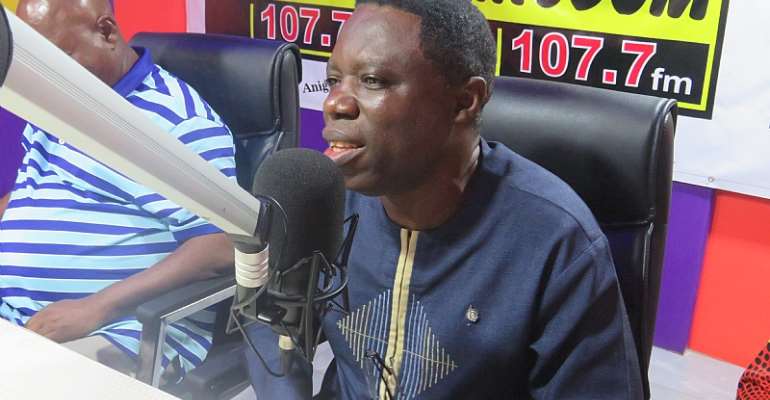 Hon. Daniel Kwesi Ashiamah, Member of Parliament (MP) for Buem in the Oti Region has urged the current government to pull the brakes on borrowing.

According to him, the NPP administration under president Akufo Addo has borrowed a whopping sum of about Gh¢160 billion but has nothing to show for it since it took over the reign of power in 2017.

”They created the impression that they could govern the country without borrowing and that even if they borrowed at all, the funds would solely be channeled into capital investments.”

He added; “Surprisingly, after all the money spent on the so-called “planting for food and jobs” growth in the agricultural sector has not seen any significant change,” Daniel Kwesi Ashiamah told Lawyer Ohene Gyan on ‘Medo Ghana’ on Accra-based Kingdom FM 107.7

The law-maker said that,” The current government was responsible for about 40% of Ghana’s total debt since independence, a testament – according to him – that the incumbent Akufo-Addo-led administration is plunging the country into a debt crisis.”

“Ghanaians are suffering under the leadership of the NPP government that benefited greatly from the positive gains they inherited from the John Mahama led administration.”

According to Hon. Daniel Kwesi Ashiamah, President Akufo Addo appeared rather obsessed with churning out what they called macroeconomic indicators.