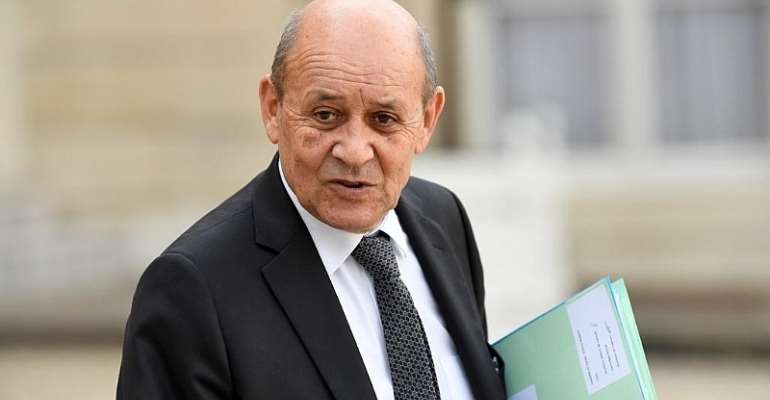 Five men are on trial in France for extorting over 50 million euros from wealthy donors by impersonating foreign minister Jean-Yves Le Drian. The scam involved the scammers wearing masks, reaching out to people through video chats.

The alleged masterminds of the group are Gilbert Chikli, 54, and Anthony Lasarevitsch, 35, Franco-Israelis who have both denied the charges at the start of the trail on Tuesday.

The fraud took place in 2015 and 2016, involved members of the group wearing a silicone mask of Le Drian, who was defense minister at the time, sitting behind what looked like an official desk, contacting politicians and executives by video to ask for urgent financial aid for secret operations by the French state. They said the money was for ransom payments for hostages or anti-terror operations.

Three people conned
The fake minister made calls by telephone and video to more than 150 targets, three of whom were successfully duped, including Aga Khan, spiritual leader of Ismaili Muslims.

Prosecutors say Khan was conned by a Le Drian impersonator in 2016 and made five transfers for a total 20 million euros to Poland and China. Three of the payments were frozen, but 7.7 million euros disappeared.

A few months later, Turkish businessman Inan Kirac was allegedly convinced to wire more than $47 million for what he thought was ransom money for two journalists held hostage in Syria.

The real Le Drian told French media over the weekend that he was surprised by the fraud.

"I was then shocked to see how human feeling -- as these interventions were made on the basis of the question of hostages -- could be exploited for a financial scam,” he said”

Not the first time
Chikli is no stranger to fraud, or the French courts. In an interview with French television in 2010 over previous scams, he said he was intrigued by the "game" of scamming.

"You've either got the gift or you haven't, it's like famous actors. When it comes to me, you can say that I have a gift," he said.

His story inspired the film, Je Compte Sur Vous (I'm Counting on You), released in 2015.

Chikli was convicted in absentia to seven years in prison in 2015 for similar scams in which he posed as business chief executives in 2005 and 2006.

He fled to Israel after being held in detention, and was arrested two years later in Ukraine with Lasarevitsch. Police found pictures on their phones of a silicone mask of Prince Albert II of Monaco, suggesting that another hoax was in the works.

The trial is expected to last through 12 February.