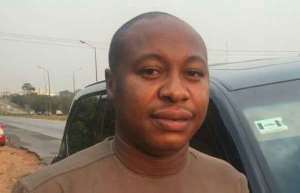 The New Patriotic Party (NPP) in the Central Region has denied claims that Horace Ekow Ewusi, who has been arrested over the case of some 500 missing excavators is the Regional Vice Chairman of the Party.

This comes after some media reports described him as the current Vice-Chairman of the Party in the region.

The Criminal Investigations Department (CID) of the Ghana Police Service on Monday arrested six persons in connection with the missing excavators and other seized equipment from illegal miners in the country.

Horace Ekow Ewusi was part of those arrested.

Speaking on Eyewitness News on Tuesday, the NPP Central Regional Secretary, Richard Takyi Mensah stated that Mr. Ewusi had been on suspension since July 2019 and therefore people should not attribute that position to him.

“The Regional Party seeks to clarify that since July 31, 2019, Mr. Ekow Ewusi has been on an indefinite suspension as the Regional Vice-Chairman. Around that time, he disregarded and disrespected party decisions and directives. At that time too, a petition had been received by the regional party which was against him which was referred to the regional disciplinary committee. So he was invited to appear before the committee but he refused.”

“So it was on that base that the regional disciplinary committee recommended to the regional executive committee to suspend him indefinitely and they adopted that recommendation. He is not in any position as the Regional Vice-Chairman. He is on indefinite suspension,” he highlighted.

The suspended NPP Central Regional Vice Chairman, Horace Ekow Ewusi had earlier been arrested by the CID for his alleged involvement in the disappearance of some excavators seized from illegal miners in the country.

Professor Kwabena Frimpong-Boateng, the Minister for Environment, Science, Technology & Innovation and also Chairperson for the Inter-Ministerial Committee on Illegal Mining (IMCIM), disclosed recently that some of the excavators which were seized from illegal miners between 2017 and 2018 had vanished.

Some members of the Concerned Small Scale Miners Association subsequently revealed that they knew the whereabouts of the missing excavators, with claims that they were being used for galamsey in parts of the country.

Ekow Ewusi who was contracted by the government to cart excavators and other vehicles and pieces of equipment seized by Operation Vanguard to designated areas for safekeeping was then seen as a suspect to the case.

A letter sighted by Citi News revealed that Prof. Frimpong-Boateng wrote a letter to the Police CID to investigate him over his alleged involvement in the missing earth-moving equipment. 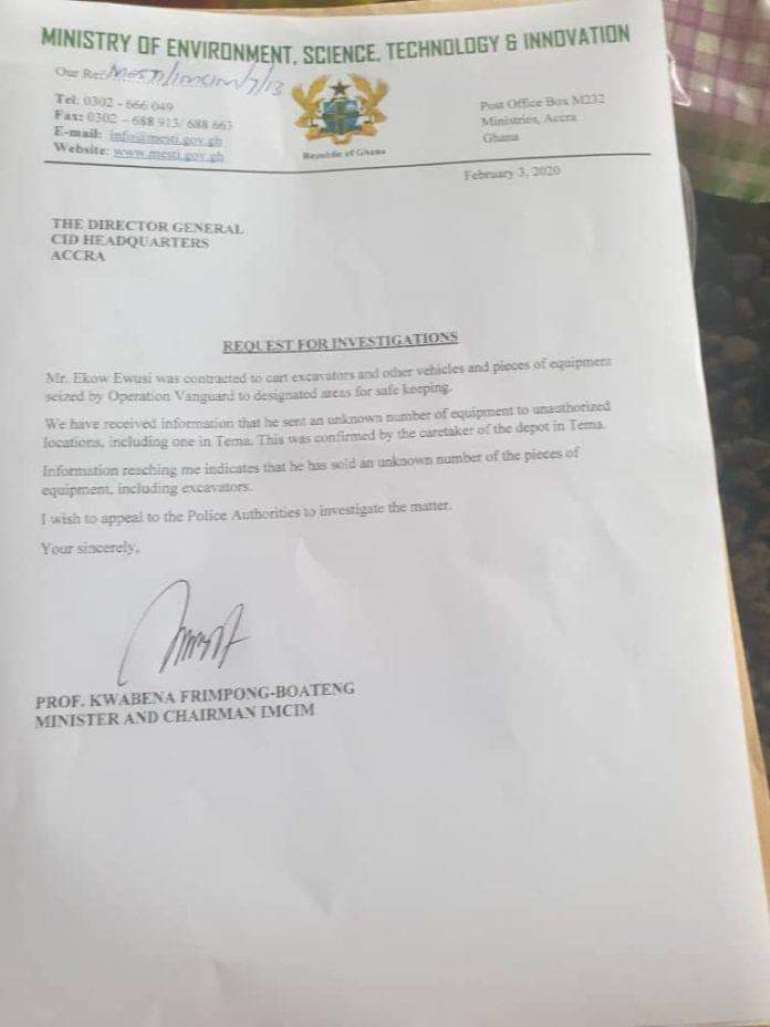 Five other individuals who are believed to be accomplices of Mr. Ewusi were also arrested with him.