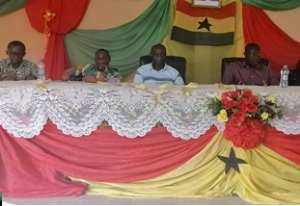 The two candidates, Ebenezer Opoku Tutu and Kate Mawusi Babanawo, the former Presiding Member failed to obtain the required number of votes for the position.

They, however, failed to obtain two-thirds of the votes of all members of the Assembly. The two have already failed in previous attempts were therefore disqualified in consonance with Act 936 of the Local Governance Act 2016 which calls for disqualification of candidates who failed to obtain a two-thirds majority of votes and the need for new nominations.

However, the new candidates equally failed to obtain the two-thirds majority with Raphael Kporxah obtaining 25 votes and Al haji Lucas Abdul Basit 20 votes. Tension, however, arose as some of the observers and supporters called for a boycott of the election process. The simmering tension, therefore, made the Electoral Commission to halt voting for the second time for the new candidates. Voting has therefore been scheduled to take place in 10 days’ time pursuant of Act 936 of the Local Governance Act 2016.

The Kwahu Afram Plains North is a farming area with most of the people engaged in peasant farming. Revenue generation, therefore, becomes a problem to the District Assembly.

The District Coordinating Director, Mr. James Armah Tandoh, therefore, appealed to the Assembly members to consider the dire financial situation of the Assembly and elect a presiding member to prevent the Assembly from incurring further cost.

He said the low revenue of the Assembly will make it difficult for the continuous organization of the Presiding Member election.

The Management of the Assembly only budgeted for three Assembly Meetings for the year, however, the Assembly has organized two meetings within a month.

He said getting funds for the organization of the election is constraining the accounts of the Assembly. He appealed to those taking an entrenched position to consider their stance and collectively work for the development of the District. 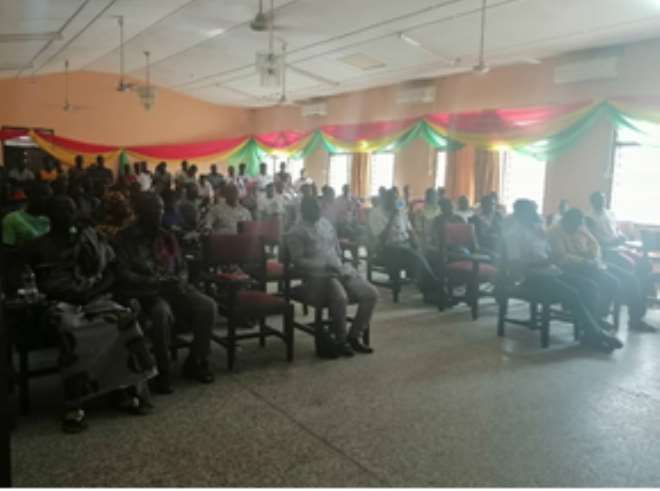