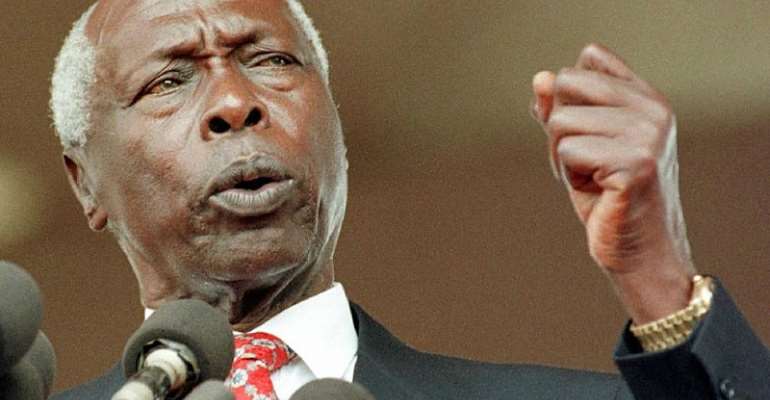 Beyond this assertion, it may take time for a complete and comprehensive record of his legacy founded on empirical evidence to be made public. This may be due to the fact that part of it is shrouded in mystery, buried in classified official and unofficial records or in the conscience of individuals in private and public life. His transition this day will not change the situation so soon; at least not during the time of the contemporary Kenya political actors, whosever. The reason is that those who professed to be his political opponents at some time or another ended having one form of political flirtation with him and indeed attained political relevance thanks to him.

I will not venture to enquire into the complex political architecture of President Arap Moi, because few contemporary Kenyan politicians would throw the first stone if required, without soiling their hands. This is the reason why they may likely outsource a serious discussion about whether Arap Moi was a Saint or Sinner to Kenyan social media activists, the Kenya opinion journalism and the conflicted civil society organizations. The political season in Kenya does not encourage or favour such a debate; at least not yet or even now.

He will be given a state funeral with full state honours in the presence of national and international dignitaries. This occasion will be a critical test of the much vaunted Building Bridges Initiatives to prove that it is another political slogan and that it is a genuine quest for unity and nation building. But then, fate and destiny have placed the responsibility to announce the transition of President Moi and the preparation for a state funeral on Deputy President William Ruto, in the place of the President His Excellency Uhuru Kenyatta who is out of the country.

The occurrence of the event on the watch of William Ruto acting in his constitutional capacity is symptomatic and worthy of note. St Paul in his submission to the Sanhedrin proudly asserted that he studied at the feet of Gamaliel and not a single member of the Sanhedrin contradicted him or questioned the authoritative source of his knowledge. Deputy President William Ruto began his mesmerizing political career from the political backward of Kenya at the feet of the departed Professor of Kenyan political governance. He has managed with masterly ingenuity to carve an independent political stature which threatens to overwhelm the political legacy of entitlement that has dominated Kenya post-independence politics, the changing fortunes of time and the vicissitudes of politics within the political theatre drawn and influenced by the deceased President, notwithstanding. In this context, the death of the former President at a moment he has the political mantle to lead the nation in grief gives him a presidential platform which allows him to prove himself to Kenyans as that committed leader whom given the mandate in 2022 will effectively reconcile and unite his country and that national reconciliation and unity will far from being mere political slogans.

His alleged opposition to the Building Bridges Initiative which is supported by the President and Hon Raila Odinga has been explained by his opponents within his own political party Jubilee and the opposition ODM as being informed by political calculations and his presidential ambitions in 2022.

To the extent that the BBI is a political project with a potentially significant impact on the poll in 2022, his reaction and those of all having their eyes on 2022 may not be misplaced or unjustified. A skilful politician and master strategist, he is eviscerating the basis for the opposition to his candidacy in 2022 on the grounds of the potential failings of the incumbency and lame-duck presidency in which his the Deputy. This may be the reason why he may be asserting his independence of opinion within permitted constitutional guarantees and his allegiance to the political party that elected him to office. How far the President agrees with this in public or within the strategic perimeters of their party strategy? No one can tell or second-guess.

However, the retiring President Moi trusted the two to the extent of making Uhuru Kenyatta his preferred presidential Candidate and William Ruto the Vice Presidential Candidate in the 2002 presidential elections which they lost to Mwai Kibabki and his National Rainbow Coalition. President Moi is dying when his preference for Kenyan presidency of Uhuru Kenyatta and William Ruto was realized and is in place.

Only the politically astute can make accurate predictions about future political outcomes. Political pundits analyse the events and signs of times and their potential impact on the affairs the polity. Not being a Kenyan political pundit, I will defer this to the key political actors who are the ordinary Kenyans. They alone hold the mandate to mourn their departed leader, judge his actions and carefully reflect on the judgment of history which they must learn from to choose their future leaders. The truth for now is that William Ruto, the ultimate astute politician will be required to use his constitutional mandate to rally an aggrieved nation to mourn and honour a leader they loved or hated but who is an irreversible architect of Kenya’s contemporary political history, indeed a political game master.

Goodbye Professor.
Chief Charles A. Taku,
The Hague, the Netherlands.

Article
Powered By Modern Ghana
Not Symbolism But Embodying Mahatma Gandhi In Our Lives Is Vital: Medha Patkar
Re: Ahafo Assembly Members And Mahama’s Promise
Has Plastic Become Ghana’s Biggest Enemy?
The Stolen Legacy Of Trained Teachers; The Untold Story Of Legacy Arrears
How Kenya courted a constitutional crisis over parliament's failure to meet gender quotas
Now's the time to share ideas about the future for people and nature
How embroidery broke the silence around women's apartheid trauma
Digital democracy is still a long way off in Africa: it takes more than technology
Nigeria is still struggling at 60. But hope is still alive
COVID-19 Updates Live Dashboard
TOP STORIES

The Sad Death Of UG Student Who Was Stabbed To Death By 'Str...
10 minutes ago