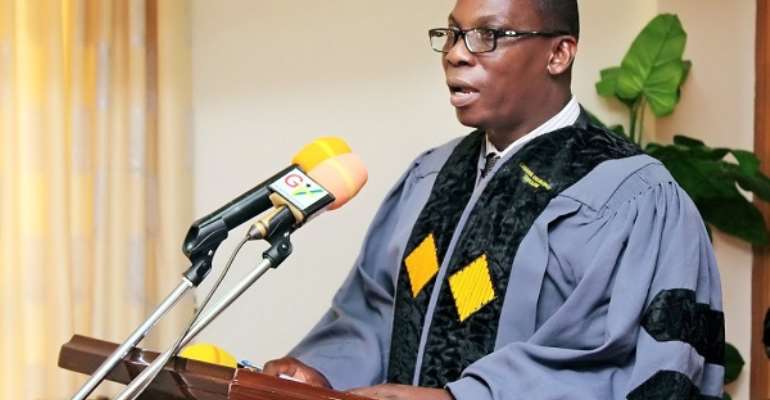 He told the Graphic Business in an exclusive interview that the amount represented insurance premiums that should have been paid on about 1.2 million vehicles that were found to have been using fake insurance stickers.

Mr Ofori said the amount was a substantial potential insurance premium that could have helped to improve the fortunes of the companies and the insurance industry in general.

The Driver Vehicles Licensing Authority (DVLA) reports that it registers over 2.2 million vehicles and issues about 1.6 million road worthy certificates each year, however, the insurance industry sells only about one million motor stickers each year.

“Assuming that these vehicles were to even do third party insurance which cost GH¢325, that will mean the industry is losing out on about GH¢390 million annually to these criminals.

“Aside the money which is being lost, the country is also losing lives and properties for which compensation cannot be paid because they didn’t have genuine insurance,” he stated.

He said it was in the light of this financial loss and its implications on users of fake insured vehicles that the commission resolved to fight the phenomenon with its motor insurance database.

The history behind the introduction of the MID is quite simple. We realised we have a lot of fake insurance stickers on the market, the public couldn’t tell which stickers were genuine, the police couldn’t tell so we needed to find a solution.

We have instances where people are claiming to have bought a policy from an insurance company and the company is also denying that they sold the policy so to solve this, we decided that the motor insurance policies must go digital and by doing so, we decided to get a software that will help us to instantly issue electronic stickers and instantly receive confirmation that the policy that you have purchased is genuine, giving you details of the policy,” he explained.

He said the commission would be collaborating with the motor and transport unit of the police who were ready to help enforce the law.

“We are providing them with phones so all the police officer needs to do is to scan the QR code of the driver’s license number and he gets the information about the vehicle.

“We will mount roadblocks and check insurances with the police. We ask the public to also be on the lookout for people who are selling insurance using the old stickers. Every insurance that you get should be an electronic sticker and you should get a confirmation when you purchase it,” he stated.