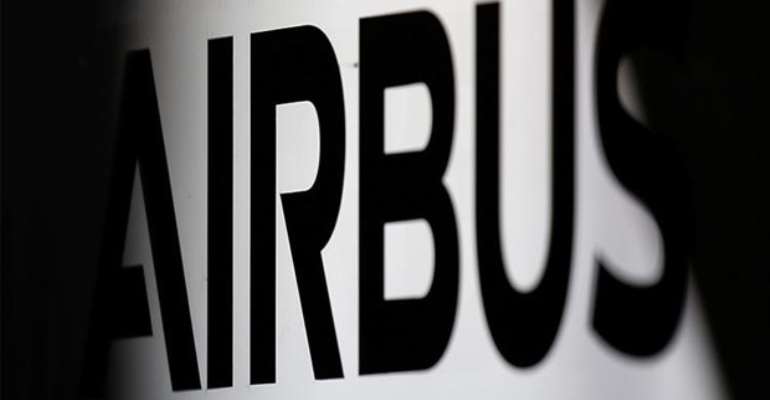 “Man is not what he thinks he is, he is what he hides” – André Malraux.

We’ve said it time without number that those under the Umbrella cannot be trusted because they are unrepentant in their love for “create, loot and share”. The Chief Citizen Vigilante himself has shouted his voice hoarse that his own party folks cannot be trusted because they are a bunch of “greedy bastards”. Their only defence is that no court has pronounced guilt on any of their folks on the numerous allegations, so why the hullabaloo

Okay, the cat is finally out of the bag and we can all see how obese it is. Indeed, the cat is so obese that one cannot help but wonder how they managed to suppress it in such a small bag for so long.

I first heard the news from a Ghanaian journalist friend in the UK. About an hour later, the country’s social media landscape was flooded with stories and documents on the Airbus scandal. The summary is that Aircraft manufacturer, Airbus, has confessed to paying bribes in Ghana and other countries between 2011 and 2015 in a corruption investigation of its business deals dating back more than a decade. The plane maker also agreed to pay almost $4 billion as penalties after reaching settlements with investigators in the UK, France and the US to end inquiries that started four years ago.

“Intermediary 5 is a UK national born in Ghana. He was brought to the United Kingdom as a young child and lost touch with his Ghanaian family until the late 1990s. He had no prior experience or expertise in the aerospace industry. A “CV” provided to Airbus in 2011 listed Intermediary 5's employment before 2009 as an events manager for a local authority, director of a football merchandising company and facilities manager for an estate management business,” the document said.

With close to a decade plus five years experience writing this column, I’m still not sure if I can claim to be a senior political analyst. But whether senior or junior, I’ve been around long enough to know whom the description above referred to.

Are your ears itching for the name? Okay, here is a clue: He was a mayor of one of the big cities in the country and was the main architect of the “Zu-za Unity Walks” after the devastating beating President Ogwanfunu and his party had received at the 2016 polls. His initials are KB.

According to the court documents, between 2009 and 2015, an Airbus defence company engaged the said Intermediary 5, a close relative of a high ranking elected Ghana government official (also not named but referred to as Government Official 1), as its business partner in respect of the proposed sale of three aircraft to the government of Ghana.

Though not mentioned, one needn’t think too deeply to identify Government Official 1 because all parts of the puzzle are now available. One only needs to refer to one of the epistles of the Chief Citizen Vigilante to find the missing parts of the puzzle.

The epistle became necessary because an elected Government Official had dared his compatriots to point to a single act of corruption against him. The Chief Citizen Vigilante accepted the challenge and revealed that President Mills had established a committee to investigate the said Government Official on the purchase of five aircraft and a hanger. The committee, which ultimately did not see the light of day, consisted of Mr. William Aboah, Mr. George Amoah and Brig. Gen. Allotey (Rtd), former Judge Advocate-General.

It is very significant that this is neither a mere allegation nor a decision of a court in Ghana. The stinking Airbus debacle is a judgment coming from a competent authority in the UK. So no one can belittle its importance.

While I’m ashamed at the international disgrace the episode has heaped on this country, I’m at the same time excited that the wind has blown for all to see the messy anus of the fowl. Indeed, those who gluttonously ate the meat and drank its soup are the very ones who would wake up in the dead of night to attend to nature’s call. Election 2020 bɛ yɛ dɛ papa!